The committee also recommends that the Chairman of the Verkhovna Rada submit the drafts to The Venice Commission. 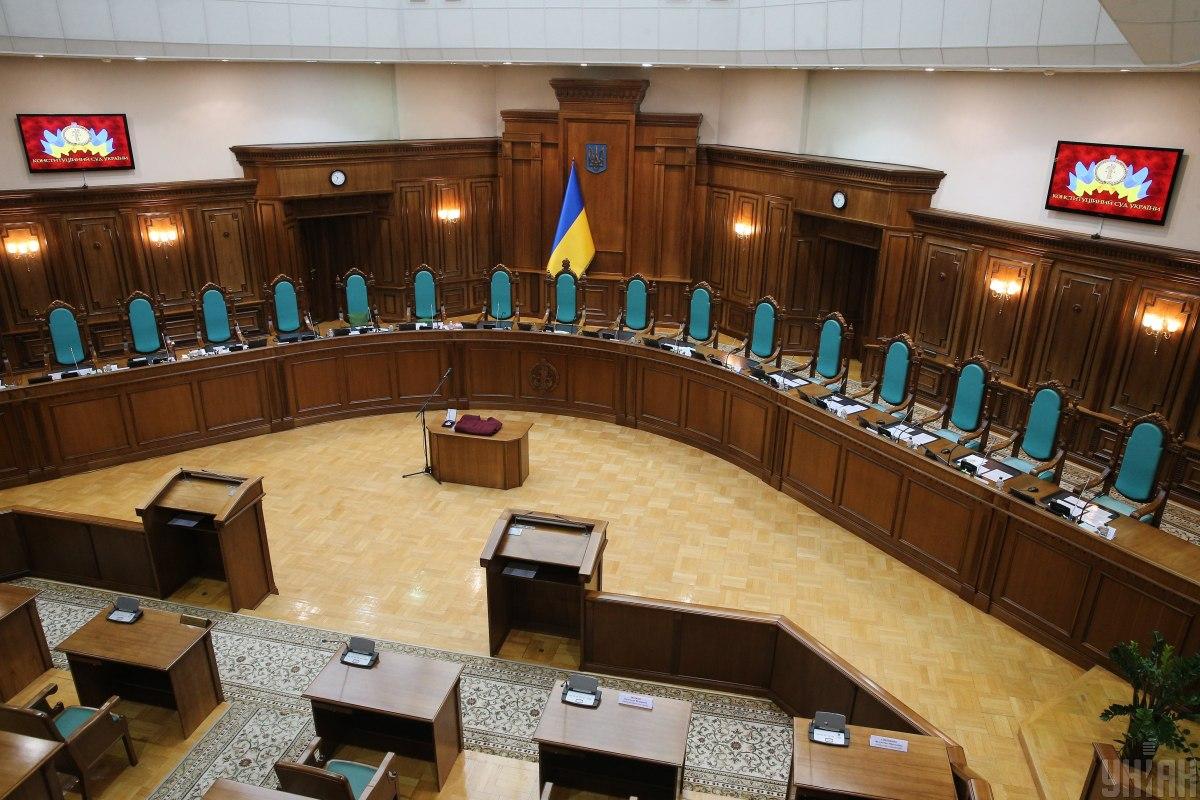 The Committee on Legal Policy of the Verkhovna Rada, Ukraine's parliament has recommended that the Parliament include in the agenda of the Rada's fifth session a draft law on constitutional procedure (No.4533) related to reform of the Constitutional Court of Ukraine (CCU), as well as an alternative bill.

When presenting the bill at a press conference on December 21, Sovgiria said the document proposed that the Constitutional Court of Ukraine pass decisions by two-thirds of its members.

"These are 12 judges of the Constitutional Court. Today, decisions can be made by 10 judges. This is less than two-thirds," Sovgiria said, explaining that two-thirds is "the absolute majority required for us to realize that the move to repeal a certain law, recognize it unconstitutional is motivated, justified, and backed by a vast majority of CCU judges."

Read alsoPresident's Office: CCU statement defying Zelensky's decree "null and void"In addition, it is envisaged that certain CCU judges may be challenged during proceedings. In this case, the number of votes required to hand down a ruling may be reduced, but at least 10 judges must still vote in favor of the decision.

Moreover, it is envisaged that the Constitutional Court shall hear cases in oral proceedings, which will ensure openness and transparency in the CCU's activities.

Speaking about the formation of the CCU agenda, she noted that it is formed in fact in "manual mode".

"Today we have a situation where there are cases, whose consideration is delayed by Constitutional Court for six months or even more. There are certain cases that are heard for five or six years ... We propose that not only CCU chairman be able to influence the agenda and its formation, but also CCU judges. Cases with a certain frequency must be included on the agenda and heard by Court," she said.

The draft law also proposes the introduction of an automated register of court acts and automated distribution of cases among judges-rapporteurs. Sovgiria also stressed that there should be no grounds for removing acts from such a register.

The document stipulates that the CCU must not go beyond the issues raised in the constitutional motion.

Among other things, it is envisaged that the CCU's definitions and acts, that is, rulings and conclusions, must be sound and motivated.

If you see a spelling error on our site, select it and press Ctrl+Enter
Tags:ConstitutionalCourtlegislationVerkhovnaRada