Among other things, its members propose that a body is created to select judges that would include international experts and civil society representatives. 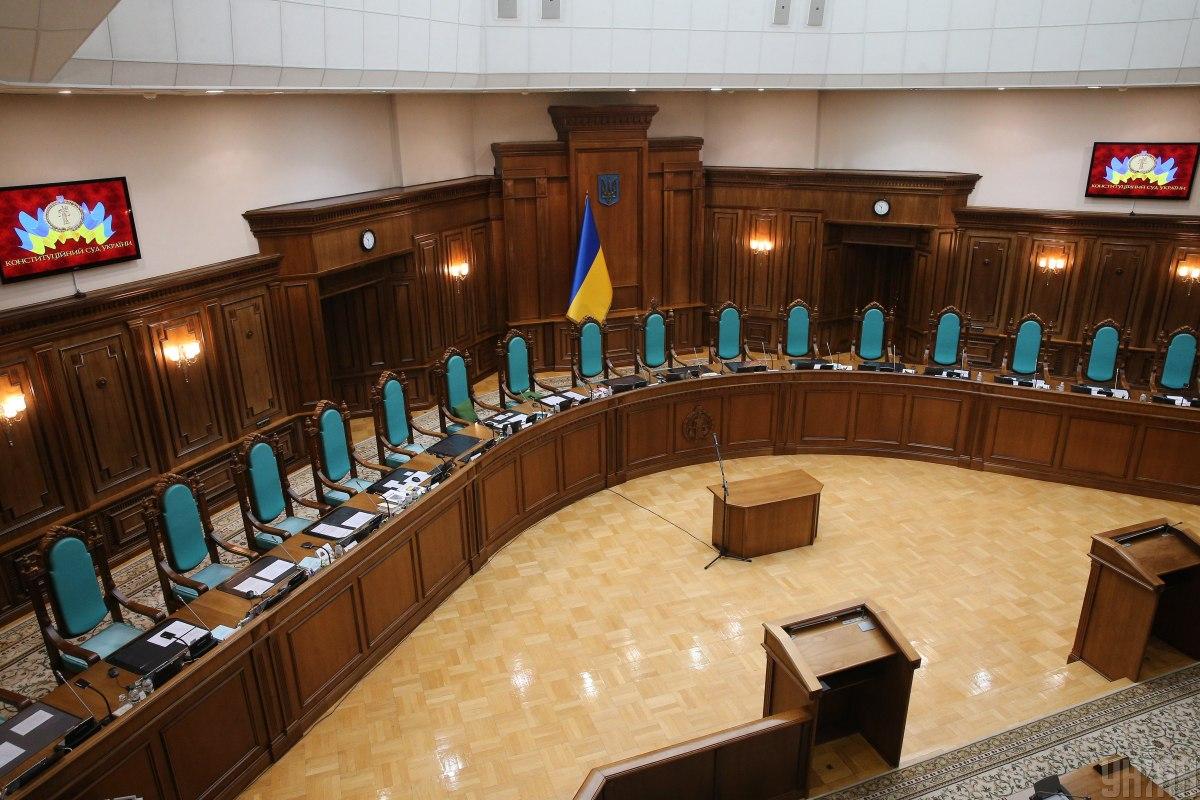 The European Commission for Democracy through Law, better known as the Venice Commission, has issued a list of 10 recommendations to Ukrainian legislators for amending the law on the Constitutional Court of Ukraine in the light of the ongoing crisis.

The recommendations have been prepared as part of an urgent opinion on CCU reform, released in line with the inquiry of Ukrainian President Volodymyr Zelensky of November 25.

The said urgent opinion is set to be considered at the VC's plenary session on December 11-12 to be endorsed.

Read alsoUkraine's law on asset declarations has several deficiencies, EU saysTherefore, the Venice Commission has drafted the following recommendations as concerns amendments to the Law on the Constitutional Court:

The Commission has also recommended filling the current vacancies at the Constitutional Court by the Parliament and the Congress of Judges only after an improvement of the system of appointments (screening body). The establishment of such a system is therefore urgent to fill these vacancies, the conclusion reads.

"In order to depoliticise the composition of the Constitutional Court, the judges on the parliamentary quota should be elected with a qualified majority. For this, a constitutional amendment would be required at a later stage," the report says.

A "useful practical measure" would be that newly appointed CCU judges should benefit from special, including international, training on constitutional interpretation.

In the process of reform of the CCU the latter should be properly consulted on all aspects of the reform.

"In the light of the specific situation in Ukraine, the Constitutional Court should show some restraint if amended provisions were challenged before the Court. The Venice Commission is available to assist in this matter," the VC wrote.

On December 9, The Venice Commission and the Directorate General of Human Rights and Rule of Law (DGI) of the Council of Europe on December 9 issued an urgent joint opinion on the legislative situation regarding anti-corruption mechanisms following the decision of the Constitutional Court of Ukraine to repeal criminal liability for the inaccurate declaration of assets by the country's officials.

The Venice Commission has acknowledged that the Constitutional Court's decision in question "lacks clear reasoning, has no firm basis in international law, and was possibly tainted with a major procedural flaw – an unresolved question of a conflict of interest of some judges."

Also, the VC advised the Verkhovna Rada to look into a number of solutions to the crisis.

The Constitutional Court also recognized unconstitutional the provisions of laws on the verification of e-declarations, and abolished the powers of the National Agency for Corruption Prevention to verify such declarations and identify conflict of interest.

The newly-adopted law envisages liability for the said offenses ranging from fines to a ban on holding certain positions or engage in certain activities, while stopping short of introducing prison sentence.

The president is yet to sign the bill into law.