Chief justice is convinced the Constitutional Court needs a reboot. 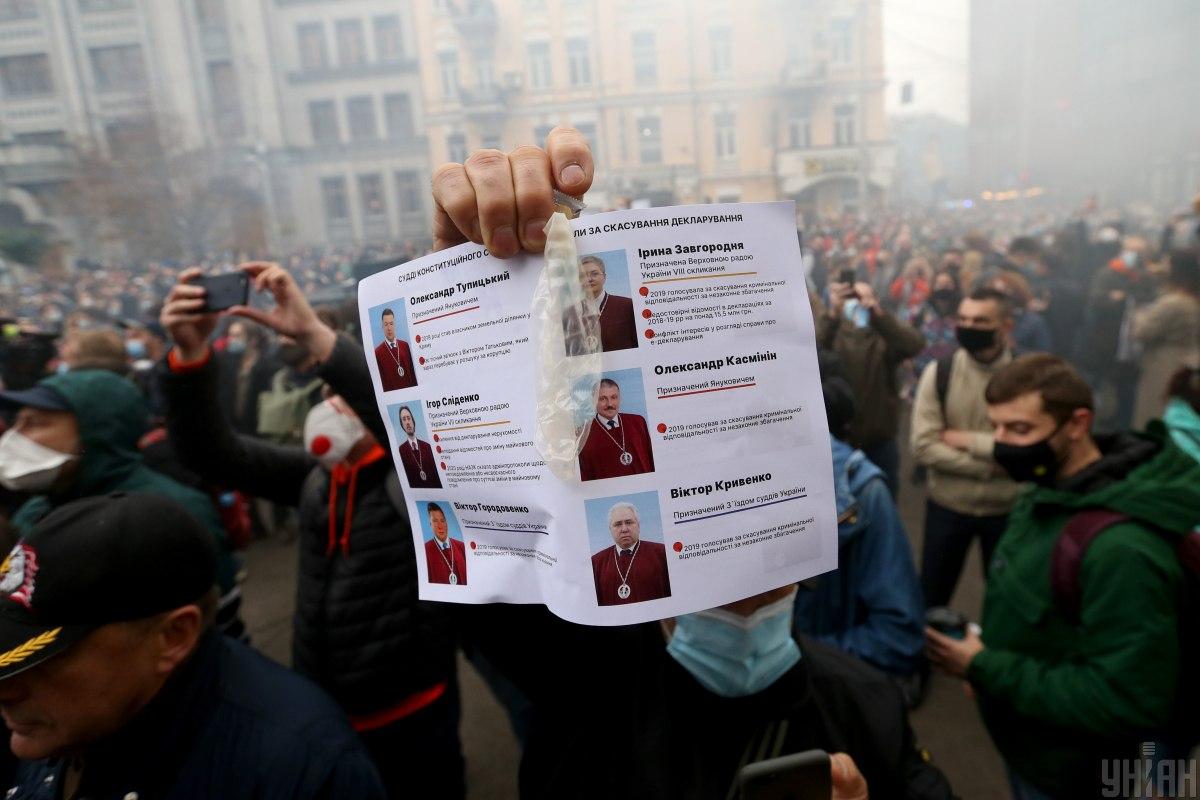 "The exit has three stages," Maliuska said, speaking at the Svoboda Slova [Freedom of Speech] panel show hosted by Savik Shuster on Friday.

According to Maliuska, the first stage has already been implemented after the Cabinet passed order that "neutralized the most significant blows inflicted on the anti-corruption mechanism."

Thus, public access was restored to the national register of electronic declarations of officials' assets and income, while the National Agency on Corruption Prevention has resumed special vetting routine and regained access to all databases required to this end.

Read alsoNSDC doesn't rule out Russia's involvement in Constitutional Court's decision on e-declarationsHe also said that within the framework of stage 2, it is necessary to restore NACP's powers to verify e-declarations, including those filed by judges. According to the minister, a law must be adopted to this end. Various versions of such bill have already been submitted to parliament, Maliuska added.

"But there is a third and most important issue, which in fact is now being hotly debated. This is the problem of loss of confidence in the CCU judges," the justice chief emphasized.

"As it became clear from today's press conferences (by CCU judges), no one really hides that the court's ruling was handed down guided by personal motives, in particular, the conflict between the judges and the NACP. The judges tried to defend themselves, Due to this, the judges acted quickly and efficiently, despite difficulties that arose along the way," Maliuska said.

He added that the CCU judges "had started to abuse power," assuming the powers of the Verkhovna Rada, "claiming that criminal liability for inaccurate asset declaration is excessive…"

"It's Parliament that decides whether it's excessive or unintentional, whether a person should be brought to criminal responsibility," he said.

The minister also said that the CCU judges, when considering the motion tabled by lawmakers, assumed the applicants' powers and ruled unconstitutional certain provisions of law, which had not even been challenged.

"All this created an atmosphere of distrust, so something must be done about it. And the key thing here is that none of those who had drafted the Constitution assumed that at some point the Constitutional Court might start acting indecently," Maliuska said.

"The President has set an ambitious goal – he wants to have an open, transparent, and fair Constitutional Court, so a reboot could be a tool to achieve this," Maliuska said.

The NABU said that as a result of the CCU move, all criminal cases probing inaccurate asset declaration shall be closed, while officials exposed for abuse will avoid responsibility.

On October 29, President Volodymyr Zelensky at a meeting of the National Security and Defense Council issued instructions to immediately table a bill in parliament that provides for the restoration of the integrity of legal proceedings in the Constitutional Court.

Later the same day, Zelensky submitted to Parliament a draft law, offering an early termination of powers of the Constitutional Court's entire composition.

If you see a spelling error on our site, select it and press Ctrl+Enter
Tags:anticorruptionJusticeMinistrycrisisConstitutionalCourtVerkhovnaRadaassetdeclarationsZelenskyMaliuska