Some 267 MPs out of the 381 registered in the session hall backed the relevant resolution. 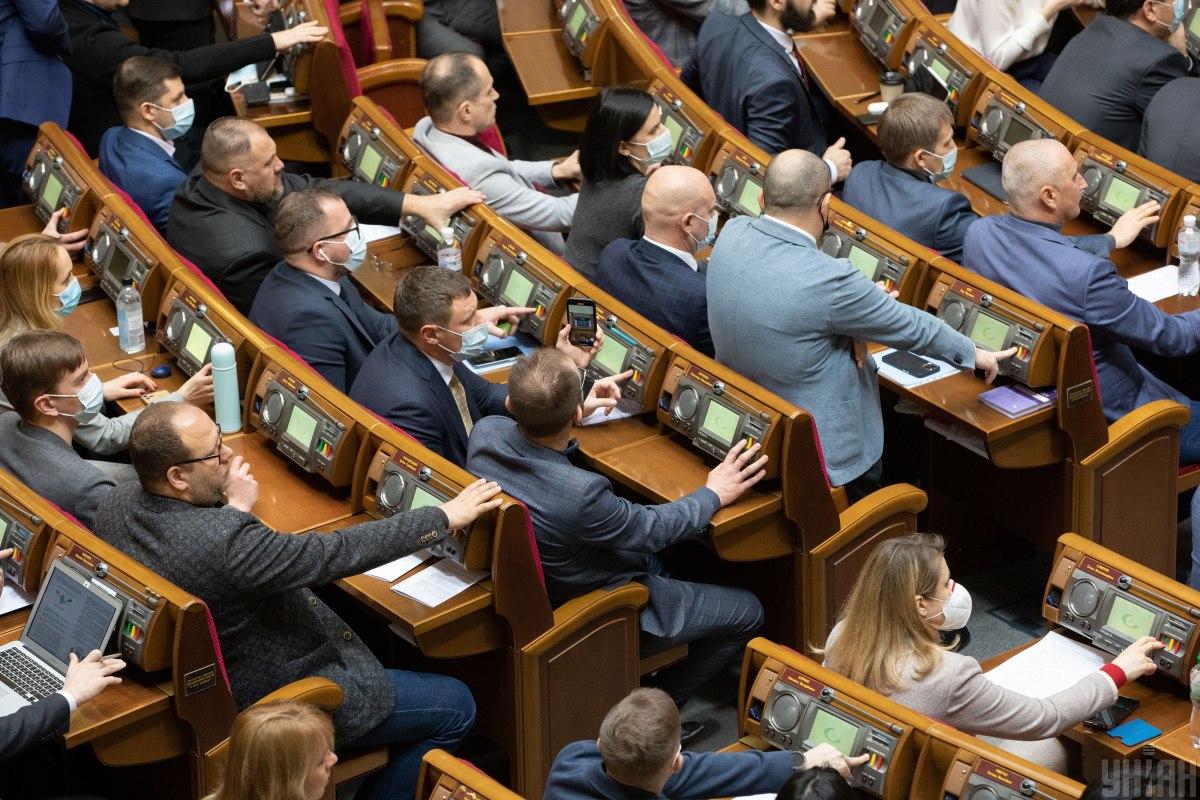 The Verkhovna Rada, Ukraine's parliament, has decided to obtain Constitutional Court conclusions on a bill introducing changes to the procedure of appointing and dismissing directors of the National Anti-corruption Bureau of Ukraine (NABU) and the State Bureau of Investigation (SBI).

Some 267 MPs out of the 381 registered in the session hall backed the relevant decision stipulated in resolution No. 5133/P, an UNIAN correspondent reported.

The Opposition Platform - For Life, the European Solidarity and the Batkivshchyna factions did not vote.

The No. 5133 bill on amendments to Articles 85 and 106 of the Constitution of Ukraine regarding the procedure of appointing and dismissing NABU and SBI chiefs was included in the agenda of the parliamentary session and submitted to the Constitutional Court of Ukraine (CCU).

The bill proposes that Article 85 of the Constitution stipulate that the powers of the Verkhovna Rada include granting consent to the appointment to a position based on the results of a competitive selection and dismissal by the president of Ukraine of the director of NABU or the SBI.

Read alsoAnother petition for Artem Sytnyk's dismissal registered on president's websiteIt also suggests that Article 106 of the Constitution should foresee that the president, in the manner prescribed by law, shall appoint and dismiss from office, with the consent of the Verkhovna Rada, the directors of NABU and the SBI, with the selection of candidates for the position on a competitive basis.

According to the explanatory note to the bill, such a special procedure "will ensure the maximum independence of those state law enforcement agencies, without upsetting the balance of the constitutional powers of the president and the parliament of Ukraine."

President's representative to the Constitutional Court, MP from the Servant of the People Party Fedir Venislavskiy, who is one of the sponsors of the bill, said during the consideration of the issue that the procedure for the competitive selection would be developed later.

"After the Constitutional Court's positive conclusion and the adoption of the bill, a specially created, ad hoc group will develop the most effective legal mechanism for holding a competition for the positions of NABU and SBI directors," he said.