The red zone rules are now in effect in the cities of Lutsk and Ternopil, and in Kitsmansky district of Chernivtsi region. 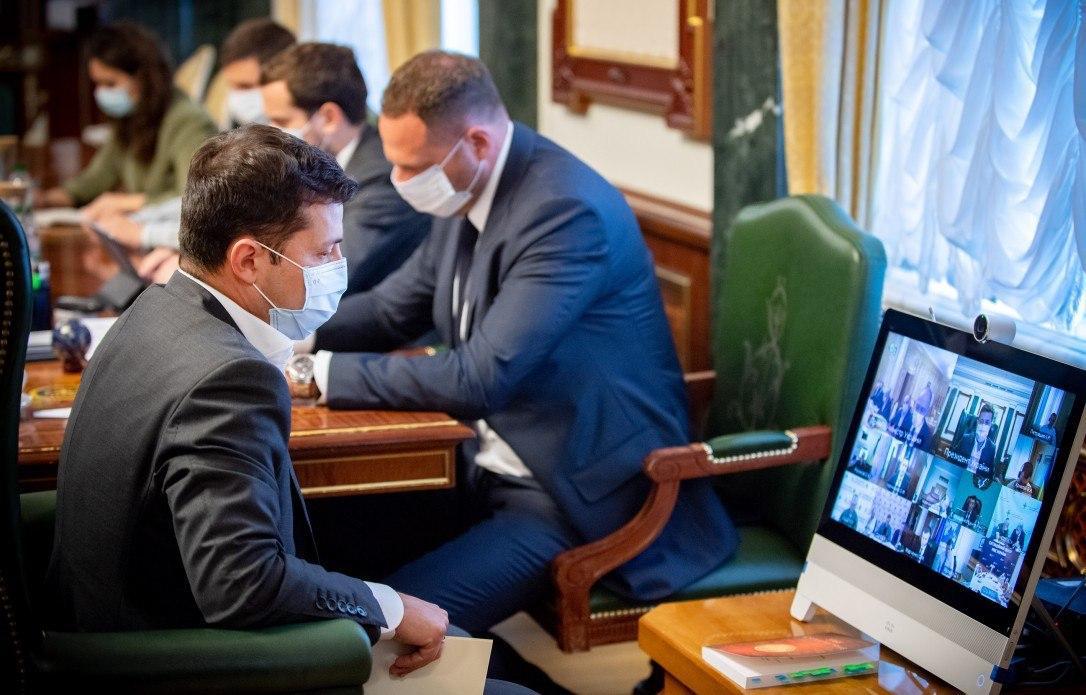 Zelensky regularly holds conference calls on measures to prevent the spread of COVID-19 / Photo from president.gov.ua

Ukrainian President Volodymyr Zelensky has called on the Cabinet of Ministers of Ukraine to explain Ukrainians how Ukraine is divided into quarantine zones.

"Volodymyr Zelensky demands that the government clearly explain to people how the country is divided into four zones and why adaptive quarantine is required," the presidential press service said following a recent conference call on preventing the spread of COVID-19 when he was commenting on an update by the government on the epidemic situation in Ukraine.

Prime Minister Denys Shmyhal, in particular, informed that the incidence rate had risen to 82.8 per 100,000, bed occupancy in Zakarpattia region alone is almost 69%, and this indicator in Kyiv, Ivano-Frankivsk, Lviv, Rivne regions, and Bukovyna area exceeds 40%.

The new adaptive quarantine rules in Ukraine became effective from August 3. The quarantine itself was extended until August 31.

Under the new rules, Ukraine is divided into several zones: green, yellow, orange, and red, depending on the COVID-19 threat levels. The division will be reviewed every Friday and migration by a region from one to another zone will be possible the next Monday.

If you see a spelling error on our site, select it and press Ctrl+Enter
Tags:healthcareZelenskycoronavirusCOVID19quarantineCoronavirusCrisis