The clinical picture of the disease has recently changed significantly, experts report. 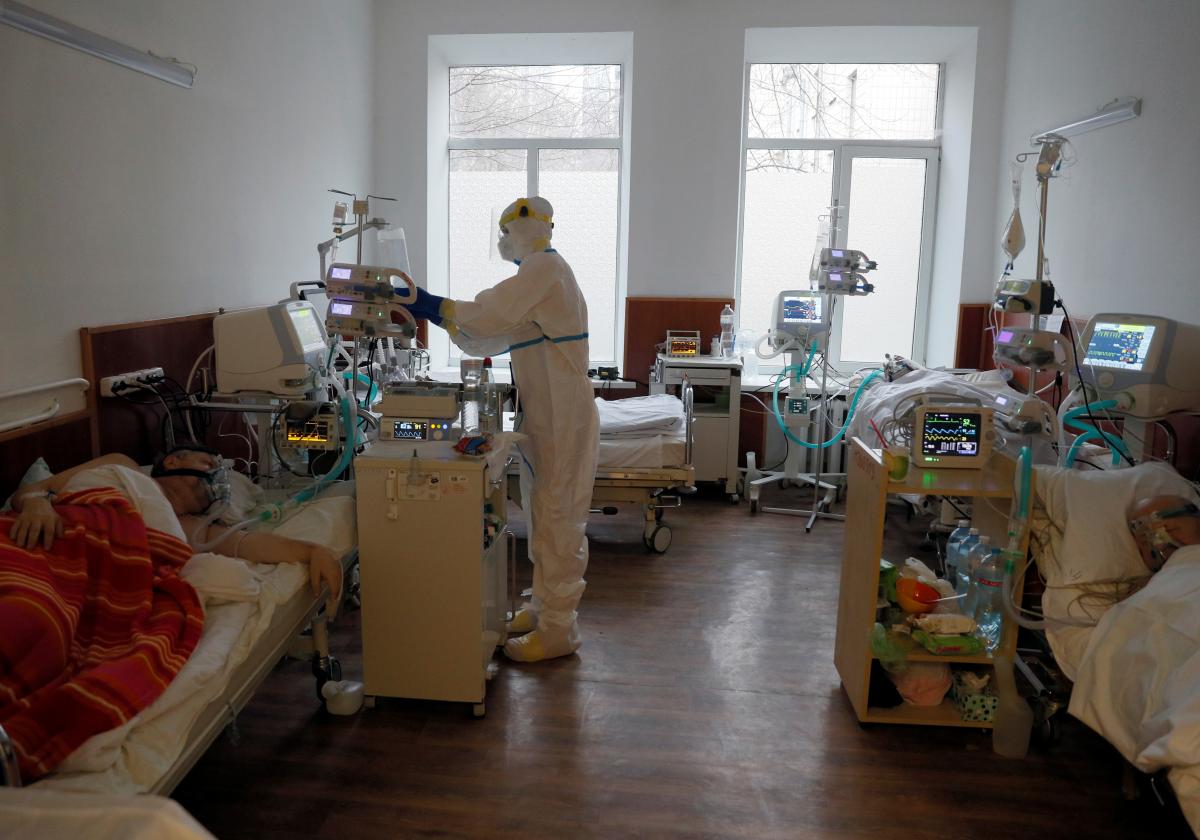 The National Security and Defense Council will draft proposals for updating the COVID-19 treatment protocol, taking into account the confirmed cases where the new coronavirus strains were involved, as well as changes to the clinical picture of the disease.

The NSDC press service reports that the issue has been discussed at a meeting on the issues of providing medical care to COVID-19 patients. Leading Ukrainian researchers and medics took part in the meeting chaired by the Deputy NSDC Secretary Oleksiy Soloviov.

Soloviov noted that the NSDC is using the SOTA complex to monitor the pandemic developments in Ukraine and beyond. The load on the Ukrainian health care system has significantly increased over the past month.

"Currently, only 2,423 intensive care beds are available for COVID-19 patients; 1,155 patients are on ventilators – this is the largest number since the onset of the epidemic; over the past month, the number of occupied beds provided with oxygen has more than doubled in Ukraine.

Provided that such dynamics persist, it may happen that local governments will have to prepare for an increase in the number of beds supplied with oxygen, ”he said.

Special attention at the meeting was paid to the issue of updating approaches to the coronavirus treatment. The circulation of mutated strains has now been confirmed in Ukraine.

Read alsoKyiv to impose tough quarantine from March 20Experts noted that the clinical picture of the disease has recently changed significantly – the number of seriously ill young patients is increasing, the disease often lasts more than 14 days, and an increase in the number and changes in the nature of complications is observed.

Therefore, experts spoke in favor of updating the changes to the domestic protocol for the COVID treatment, including in terms of anticoagulant therapy.

"Now the whole world is in the process of searching for the most effective drugs, and we must also move in this direction," said Soloviov.

The official said the NSDC would be analyzing information from the available treatment protocols in other countries, and, taking into account the experience of domestic scientists, proposals will be prepared for the implementation of the world's best treatment practices.

On March 4, Prime Minister Denys Shmyhal said that the third wave of the COVID-19 spread began in Ukraine.

Researchers with the National Academy of Sciences have stated that the mortality rate in the current wave has already exceeded that reported last fall, and will grow at least until early April.

An increase in the number of daily cases is reported in all regions of Ukraine, except for Ivano-Frankivsk and Zakarpattia regions where growth began in the second half of January and continued for about one and a half months, until early March. Experts believe that these regions are now going through a peak period in the number of hospitalizations and deaths.

If you see a spelling error on our site, select it and press Ctrl+Enter
Tags:NSDCCOVID19coronavirus in Ukraine