Ukrainian lawmaker to be tried for piano voting

On February 21, 2020, the lawmaker voted "for" three times instead of his co-worker who was absent. 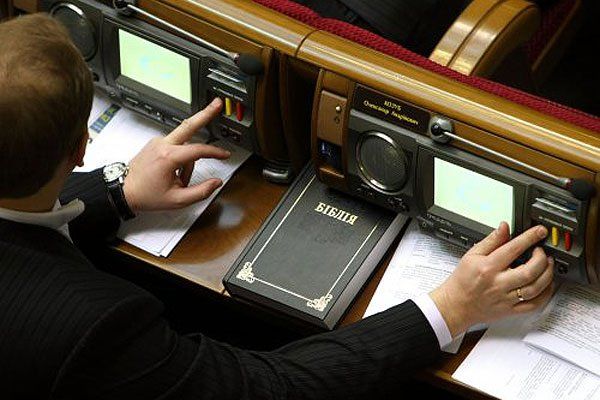 Ukrainian lawmaker to be tried for piano voting / Photo from vk.com

The State Bureau of Investigation (SBI) has filed an indictment against Member of Parliament Vladyslav Poliak for piano voting.

The investigators completed a pretrial investigation and sent the indictment to the court on May 25, the SBI said on its website.

Read alsoFighting against piano voting: Rada installs touch button system (Photo, video)The Office of the Prosecutor General clarified the lawmaker is accused of committing an offense on the fact of deliberate voting instead of his co-worker under Article 364-2 of the Criminal Code of Ukraine.

It was established that on February 21, 2020, the lawmaker voted "for" three times instead of his co-worker who was absent when parliamentarians were considering changes to the bill on amendments to certain legislative acts concerning the turnover of agricultural land.

The article provides for a fine worth from 3,000 to 5,000 non-taxable minimum incomes.