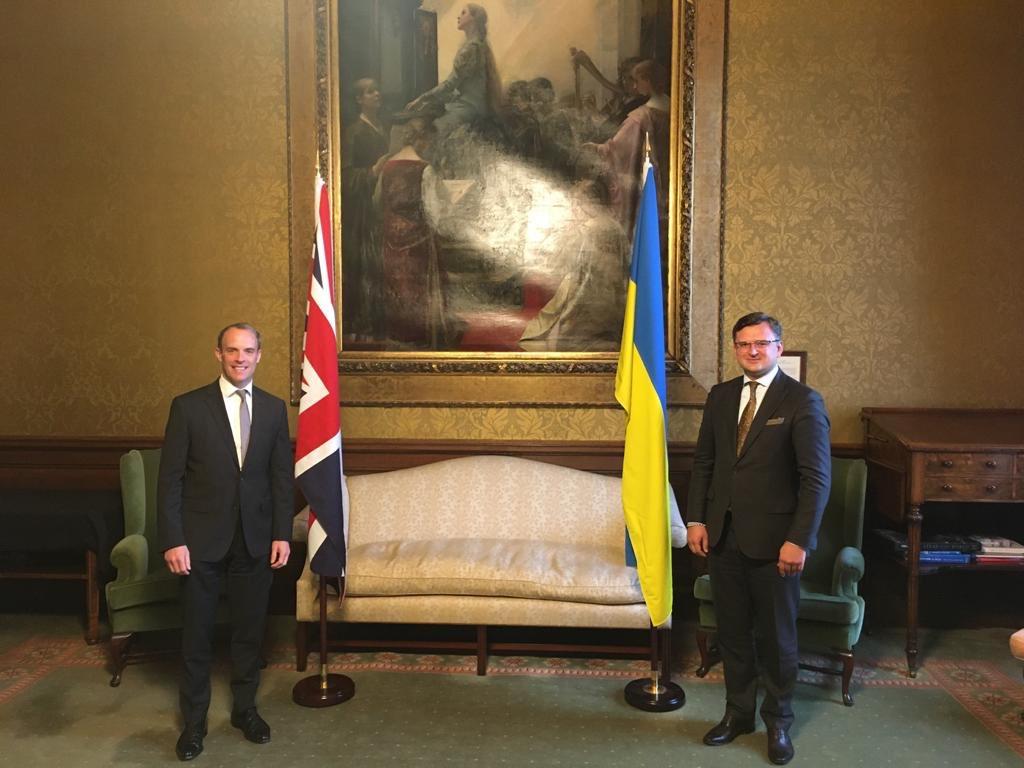 Minister for Foreign Affairs of Ukraine Dmytro Kuleba has discussed with his British counterpart Dominic Raab the role of the United Kingdom in setting up an international platform for ending Crimea's temporary occupation by Russia.

"A historic meeting with the head of British diplomacy Dominic Raab on the eve of a new chapter in Ukrainian-British relations: the Agreement on Political Cooperation, Free Trade, and Strategic Partnership," Kuleba wrote on Twitter on Wednesday, October 7.

"We discussed the role of the United Kingdom in the Crimean platform, the development of trade and investment," Ukraine's top diplomat said.

On March 18, 2014, the so-called "agreement on the accession" of Crimea and the city of Sevastopol to Russia was signed in the Kremlin.

If you see a spelling error on our site, select it and press Ctrl+Enter
Tags:CrimeaBritainRussianAggressionUnitedForUkraineMFAUkraineKulebadeoccupationDominic RaabCrimean Platform