Russia is also trying to discredit Ukraine's Crimean Platform initiative toward the peaceful reintegration of Crimea. 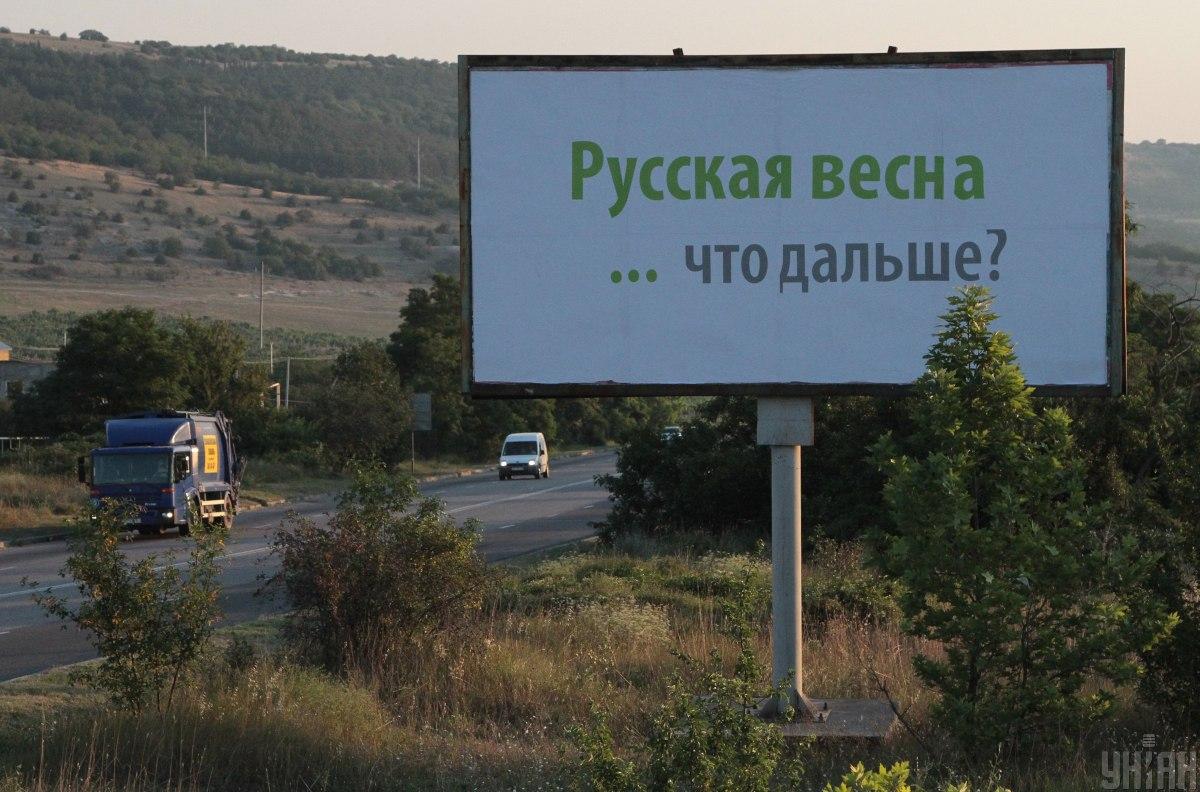 The SZRU Foreign Intelligence Service of Ukraine has commented on an earlier report by Russia's FSB on the arrest of who Russian security operatives claim is a Crimea-based man who allegedly gathering intel for Ukraine.

The report on "the alleged exposure of the intelligence efforts by Ukrainian special services on the territory of the occupied Autonomous Republic of Crimea is aimed at creating a background for holding an informal meeting of the UN Security Council on Crimea issues," the SZRU said in a statement posted on its official Facebook page.

Such a propaganda stunt on the eve of the Crimea occupation anniversary serves as a "convenient pretext to distract the population from a variety of domestic issues they experience across the peninsula."

Read alsoUkraine approves strategy to end Russian occupation of CrimeaAt the present stage, Russia is purposefully escalating, trying to shift responsibility for the settlement process in eastern Ukraine onto the Ukrainian side and discredit the Crimean Platform initiative toward the peaceful reintegration of Crimea, Ukraine's intelligence agency has noted.

Earlier on Tuesday, Russia's FSB security service claimed it had exposed a local man "spying" for Ukraine, who had been allegedly taking photos of critical infrastructure facilities.

The agency has pressed charges against the suspect while the court ruled to remand him in custody for the next two months.