The document extended the deployment period for the Russian fleet, which directly participated in the occupation of Ukraine's Crimea. 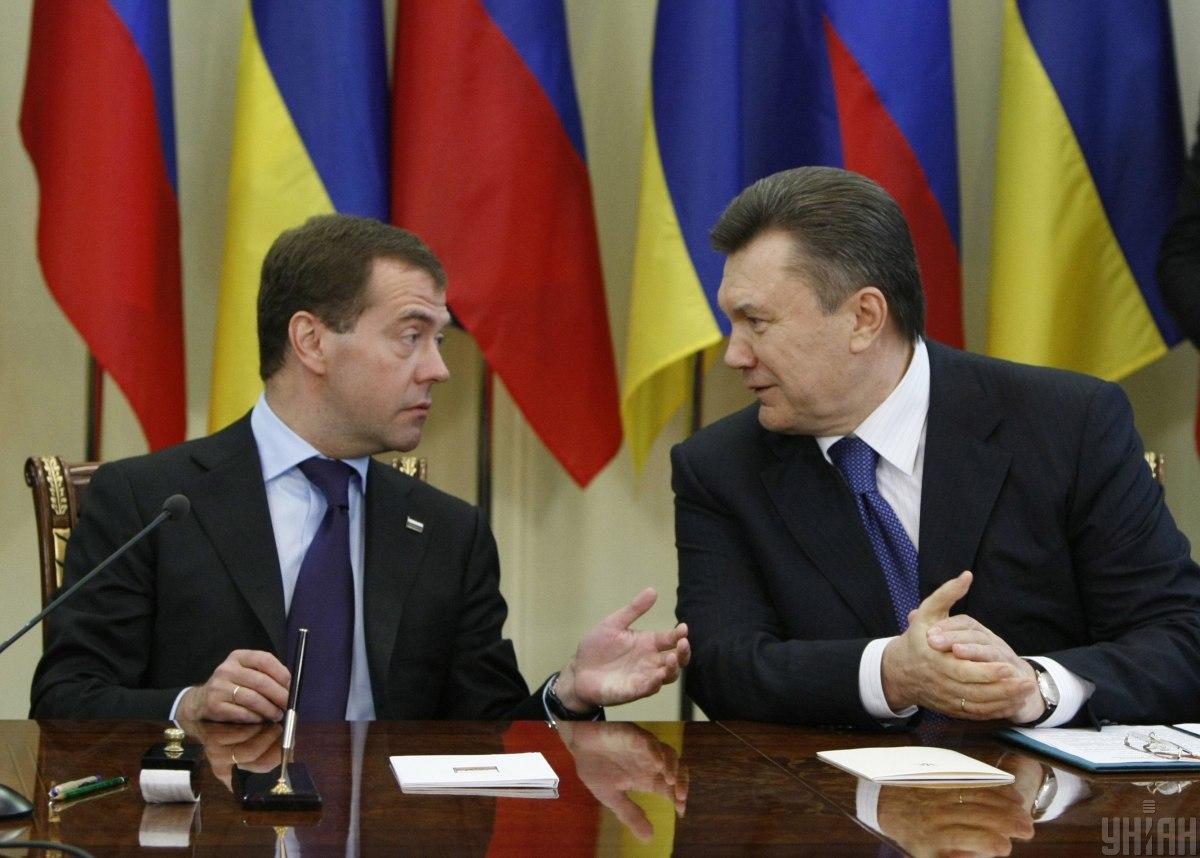 Yanukovych (right) signed the accords with Medvedev (left) in 2010 / Photo from UNIAN, by Andriy Mosienko

Ukrainian law enforcement agencies have issued a notice of suspicion to ex-President of Ukraine Viktor Yanukovych who is charged with high treason.

According to the State Bureau of Investigation, he in 2010 assisted Russia in conducting subversive activities against Ukraine, the Prosecutor General's Office reported on January 28.

The charges concern the so-called Kharkiv accords signed between Yanukovych and the then Russian President Dmitry Medvedev. The document extended the period for the Russian Navy's deployment in Ukraine's Crimea for another 25 years under the pretext of receiving a discount on natural gas.

The investigators concluded that the document did not provide any discount, as before it was signed, the price for Ukraine had been doubled.

According to the investigation, Russia at first artificially created and accumulated Ukraine's debt for the supply of gas, and then, as its repayment, in particular through allegedly providing the discount, kept its fleet deployed in Crimea for free.

"As a result of the so-called Kharkiv agreements signed by the ex-president, the troops and military equipment of the Russian Armed Forces deployed in Ukrainian territory were expanded instead of the launch of preparations for their reduction and withdrawal from the territory of Ukraine," it said.

The PGO recalled that it was the military from the Russian Navy who were directly involved in the Russian occupation of Crimea in 2014.