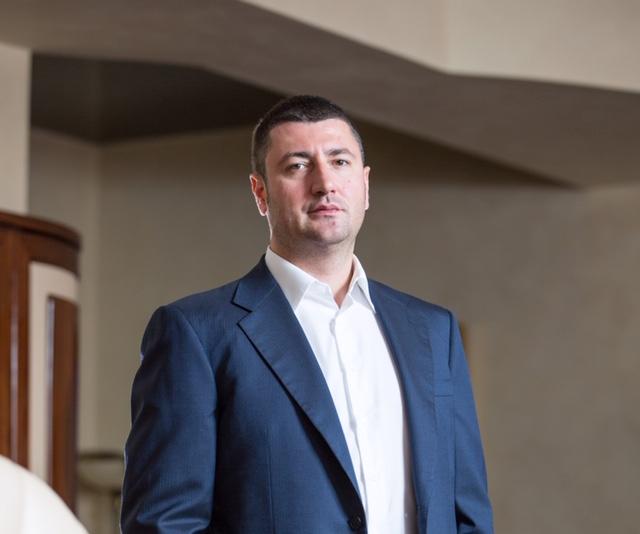 The owner of the group of companies UkrLandFarming and Avangard, businessman Oleg Bakhmatyuk, says he has invited Director of the National Anti-corruption Bureau of Ukraine (NABU) Artem Sytnyk, who was found guilty of a corruption offense, to face off during a debate at any platform.

In particular, the presenter suggested that Bakhmatyuk could invite Sytnyk to hold a direct, one-on-one dialogue.

"A good idea. I'm always ready to conduct a discussion at any platform. Because the worst is hidden in the dark ... The only condition is equal access to the microphone," the businessman said.

According to Bakhmatyuk, senior officials of NABU and the Special Anti-corruption Prosecutor's Office (SAPO) are not his enemies, but the enemies of Ukraine.

"We are now in such a situation when we are doing things we are not supposed to do [trials in courts] ... Now I'm forced to stay in Austria ... The entire elite of our state is aware of this mess, but we've got what we've got," he said.

Bakhmatyuk stresses that because of such actions by government agencies, not only businesses but also people are suffering.

"We have nothing to do with the fact that Sytnyk is a corrupt official," he stressed, adding that he had never imagined that the NABU chief could open cases simply because of revenge.

"Now about 60 NABU detectives are engaged in our case," he said.

In addition, Bakhmatyuk said, addressing Ukrainian Volodymyr Zelensky: "Mr. President, wake up those people who do not pursue Ukrainian interests, failing to work for the Ukrainian state. We are a huge company, which makes its contribution to the GDP, pays UAH 357 million [US$13 million] in wages every month. We still have 27,000 employees, but their number may decrease to 25,000 soon. At this rate, we will lose half of the company. As a shareholder, I will fight till the end. But any company sees its end in any war with the state. But this is neither in your interest nor in the government's, or Ukrainian citizens. The people who are fighting with me are definitely not on the side of Ukraine," Bakhmatyuk summed up.

As was reported, Bakhmatyuk's Avangard would be forced to shut down six poultry farms over the pressure from SAPO and NABU.

At the same time, the said two agencies failed to explain to parliamentarians the grounds for opening a case against VAB Bank.

Memo. On June 5, 2020, Kyiv's Pechersky District Court issued a ruling under which the ex-deputy of the then Ukrainian prosecutor general (Ruslan Riaboshapka) Vitaliy Kasko's resolution on relaunching criminal proceedings against Oleg Bakhmatyuk was ruled null and void as illegal. This refers to the resolution to reopen the criminal case on the refinancing of VAB Bank, which was earlier investigated and closed by the court's ruling over the lack of corpus delicti.

In addition, the High Anti-Corruption Court (HACC) denied NABU in selecting a preventive measure in the form of detention for ex-owner of VAB Bank Oleg Bakhmatyuk in the case of the National Bank's stabilization loan received by VAB Bank in 2014, which confirms that NABU's actions were illegal.

It was also reported that Bakhmatyuk would seek compensation following the Supreme Court's decision related to Financial Initiative Bank, while UkrLandFarming employees continued an indefinite protest campaign outside the SAPO building.

In September 2019, the Sarny court in Rivne region found Artem Sytnyk guilty of a corruption offense for having a vacation at the Polissia-Sarny game ranch, since his holiday bills were higher than the limits set by law for government officials' gifts [Sytnyk's bills were reportedly paid by a third party].

Sytnyk, in turn, said that the case should be closed, as it contains no corpus delicti. However, on March 5, the Verkhovna Rada registered a bill to amend the law of Ukraine on the National Anti-corruption Bureau of Ukraine (to bring that law in line with the country's current anti-corruption legislation).