Britain to expand Op ORBITAL in Ukraine to exchange experience 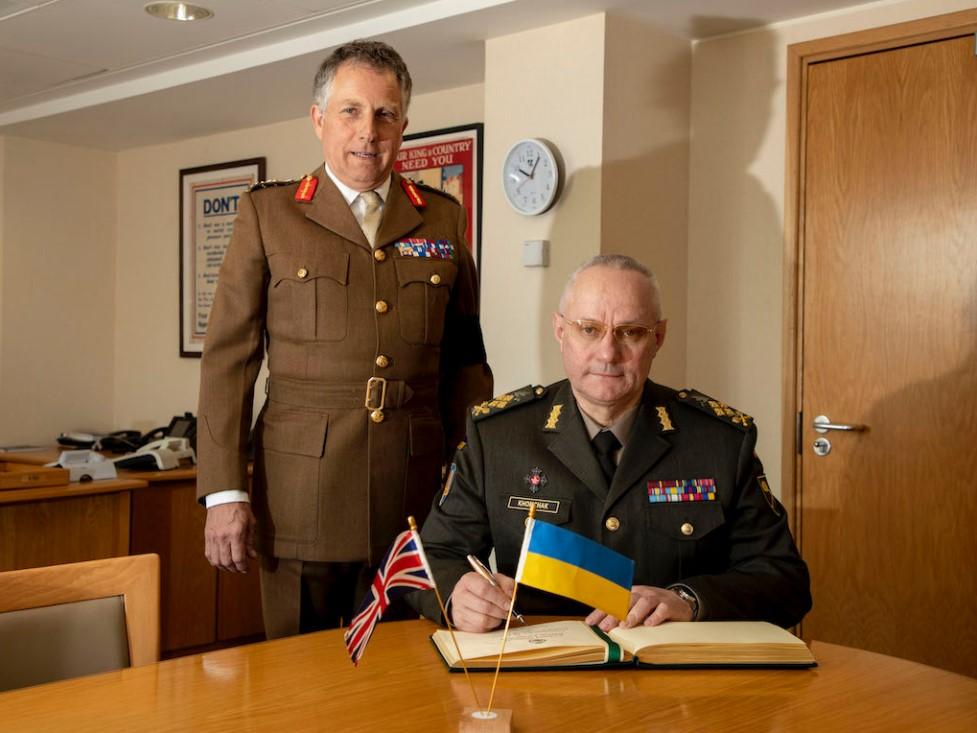 The United Kingdom will expand its Operation ORBITAL in Ukraine from training to an exchange of experience.

A respective technical agreement was signed, according to an announcement posted on the official website of the Armed Forces of Ukraine on April 20.

The document was signed as part of a visit by Commander-in-Chief of the Armed Forces of Ukraine, Colonel-General Ruslan Khomchak to the UK on April 19-20.

The agenda of the visit included a meeting with Chief of the Defence Staff of Great Britain, General Sir Nick Carter.

They discussed the development of military cooperation between the Armed Forces of Ukraine and Great Britain, in particular, an agreement was reached to expand Operation ORBITAL to a mission for the exchange of experience.

"This creates additional opportunities for the development of the Armed Forces of Ukraine, primarily for training of the Navy, the Ground Forces, Air Forces and Special Operations Forces," it said.

Carter said the British Armed Forces had trained over 20,000 Ukrainian servicemen as part of bilateral military cooperation. He also said the British side leads the initiative to train the Ukrainian Navy and supports defense reform in Ukraine.