The document was signed in the presence of Ukrainian President Volodymyr Zelensky. 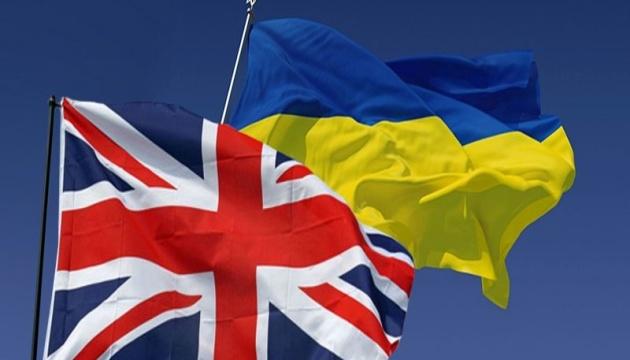 Ukraine's Defense Minister Andriy Taran and Secretary of State for Defence of the United Kingdom of Great Britain and Northern Ireland Ben Wallace have signed a memorandum on enhancing cooperation between Ukraine and the United Kingdom in the military and military-technical spheres.

The document was signed in the presence of Ukrainian President Volodymyr Zelensky, who is currently on an official visit to the United Kingdom, according to the Ukrainian Defense Ministry's website.

An important element of the cooperation is a GBP 1.25 billion facility from UK Export Finance, the ministry said.

This should significantly boost the efficiency and reduce the time of implementation of joint projects in the defense sector, which is critical in the context of aggravation in the Black Sea region, it said.

Read alsoUkraine, UK top diplomats talk Britain's role in Crimea PlatformThe sides also signed a memorandum of intent between the Ministry of Defense of Ukraine and the Ministry of Defence of the United Kingdom of Great Britain and Northern Ireland on cooperation in developing and enhancing the capabilities of the Naval Forces of Ukraine's Armed Forces.

Minister Taran signed it on behalf of Ukraine, the ministry said. He says the document provides for the supply of modern military equipment and the latest high-precision weapons, the launch of the production of certain types of military products in Ukraine, as well as the construction of base facilities for the Ukrainian Navy.

"The implementation of these projects will significantly enhance the capabilities and combat potential of the Ukrainian fleet, the compatibility of the domestic naval forces with the naval component of NATO member states. In addition, we hope this will become a driver for the restoration of the shipbuilding industry in Ukraine and will bring modern technologies in our economy," Taran said.

Details how to implement the reached agreements will be discussed during a bilateral meeting between Taran and Wallace on Thursday, October 8.

The ministry reiterated Taran was taking part in the events as part of Ukraine's official delegation led by President Zelensky.

On October 7, Taran visited Her Majesty's Naval Base, Portsmouth. During the event, the delegation visited HMS Prince of Wales (R09), the second Queen Elizabeth-class aircraft carrier, and held an interactive round table with representatives of British companies, which are considered as potential partners in developing the capabilities of Ukraine's Navy.