The president says the new ambassador's key task is to establish an effective dialogue with the new U.S. administration. 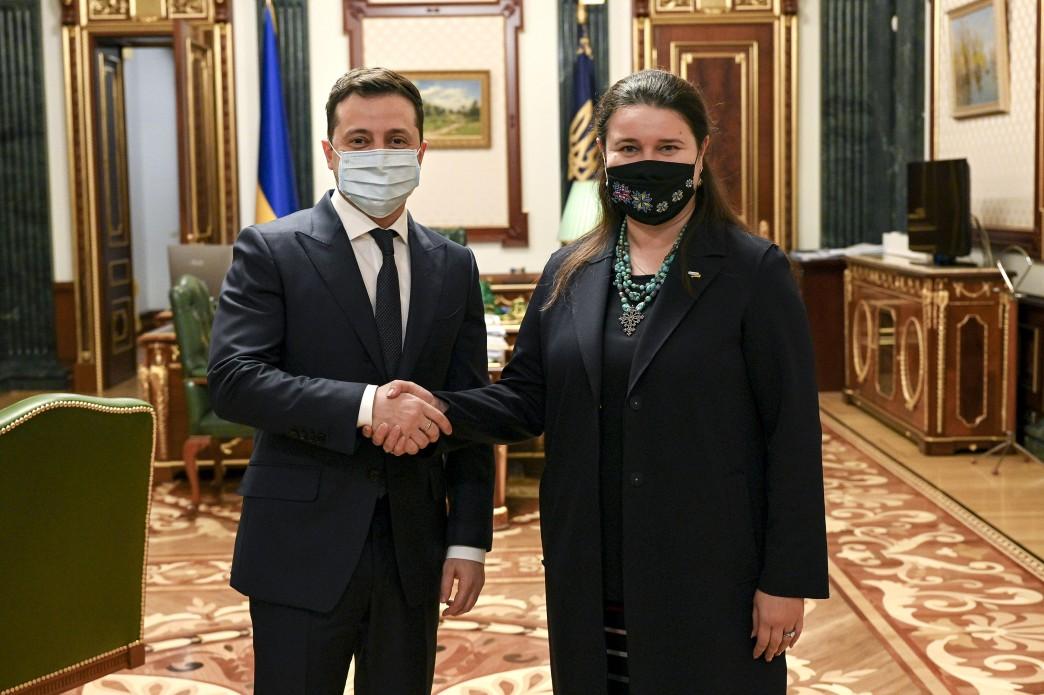 This is stipulated in presidential decree No. 75/2021, the presidential press service reported on February 25.

Welcoming Markarova on the new post, Zelensky praised her patriotism, professionalism, and a "very positive perception in the United States."

"I am convinced that these three factors are the formula for success in strengthening the strategic partnership between Ukraine and the United States," he said.

According to him, the new ambassador should focus primarily on establishing an effective dialogue with the Joe Biden Administration. It is also necessary to actively work with the United States Congress, maintain a constant dialogue with legislators and strengthen bipartisan support for Ukraine.

He also stressed the importance of involving the United States in the Donbas settlement process, as well as in the efforts to end the Russian occupation of Crimea.

Zelensky drew special attention to the need to strengthen U.S. sanctions against Russia, in particular as regards the Nord Stream 2 gas pipeline project.

In addition, he says, Washington's support for Ukraine's Euro-Atlantic course is also fundamentally important, especially in the issue of adopting NATO's decision to provide Ukraine with a Membership Action Plan (MAP).

Also, according to him, one of the ambassador's main tasks is to facilitate the United States' further support for the Ukrainian state's internal transformation to improve the welfare of Ukrainian citizens.

"I am also confident that Oksana Markarova will set an example in the development of economic diplomacy: in attracting foreign direct investment in Ukraine, in promoting Ukrainian exports and defending the interests of Ukrainian businesses, which is a particularly important issue for all our diplomats and what I demand of them," he said.