Since year-start, 30 Ukrainian soldiers have died in eastern Ukraine. 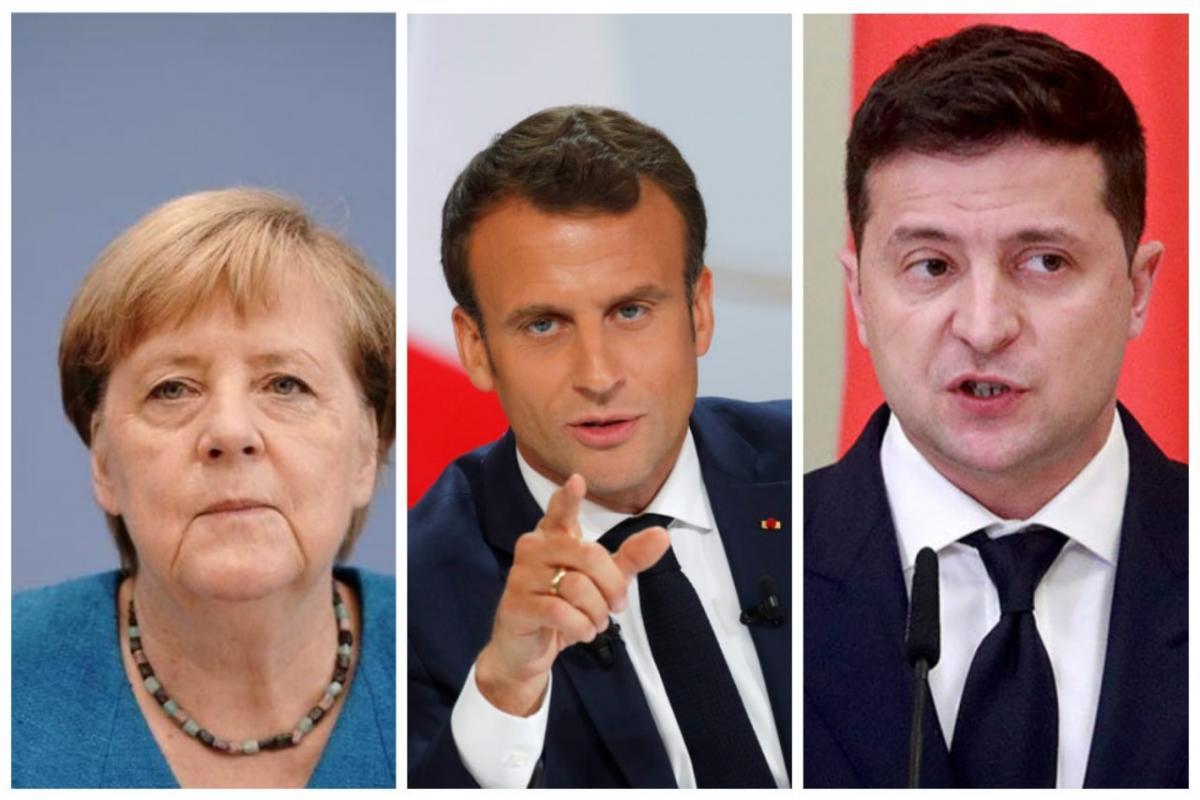 Ukrainian President Volodymyr Zelensky has discussed the ongoing escalation of the security situation in eastern Ukraine with President Emmanuel Macron of France, in a face-to-face format, and then with German Chancellor Angela Merkel who joined the talks via video link.

The president dwelled on the content of negotiations as he spoke with media in Paris, according to the video posted on Facebook by the President's Office.

"We had two parts of the meeting: first with President Macron, then Ms Merkel joined via video link. Putin didn't join us, and it's hard for me to answer, what I'd say to him if such contact did happen. Although I was determined that all four of us would join," the Ukrainian president said.

Zelensky noted that during the meetings of the Normandy format leaders, issues of the security situation in eastern Ukraine and deoccupation of Ukrainian territories were discussed.

"We talked about the security situation in our country's east, the ceasefire, which has been in effect since the second decade of July 2020. It had been working very well. We did see a limited number of deaths, but, unfortunately, since the second half of December 2020 and early January 2021, we saw the situation on the contact line escalate, with shellings intensifying. I told Macron in detail of all these cases, and then also told Merkel," the president said.

Read alsoZelensky urges Russia to return to diplomacy on peaceful settlement in DonbasZelensky also noted the ongoing escalation in eastern Ukraine. "This year alone, 30 Ukrainian soldiers were killed, mostly not as a result of accidental shots, as militants or representatives of Russian authorities claim. Most of these killings were committed as a result of targeted sniper fire," he added.

The president noted that all the relevant evidence, including footage and photos, was handed over to the OSCE via the Ukrainian side to the Joint Center for Ceasefire Control and Coordination.