Kuleba spoke about Russia's reluctance to ensure compliance with the ceasefire in Donbas. 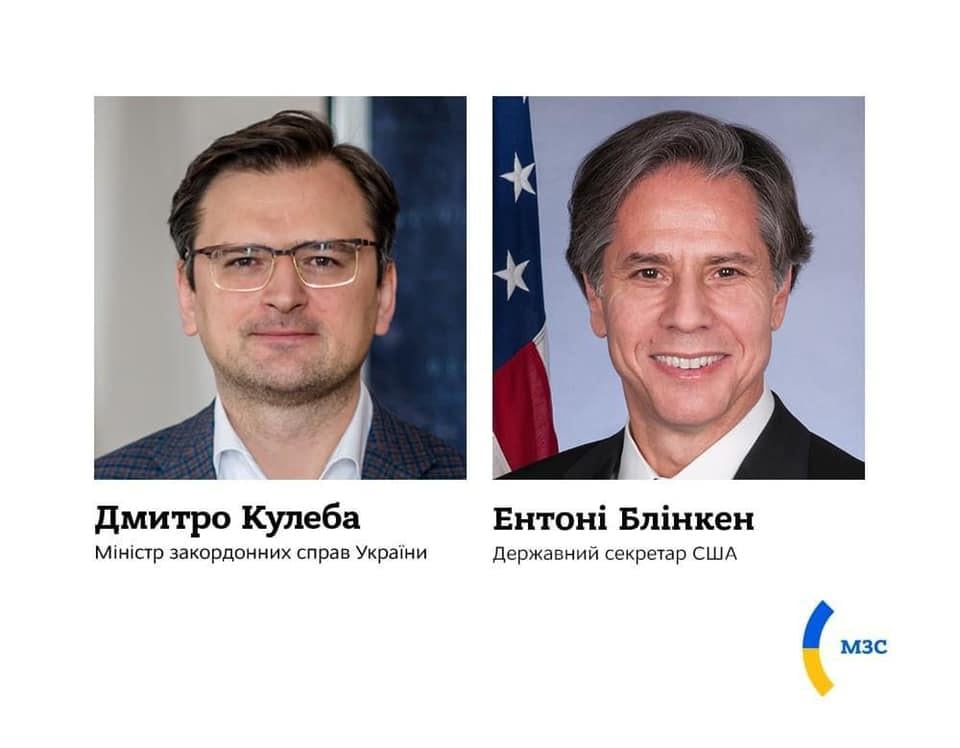 "I held a productive and focused call with Secretary Blinken as Russia continues to systemically aggravate the security situation in the east of Ukraine and in Crimea. Discussed ways of strengthening security cooperation," Kuleba wrote on Twitter on March 31, 2021.

Read alsoMacron, Merkel call on Russia to stabilize ceasefire in DonbasThe Ukrainian Foreign Ministry's press service, in turn, said the negotiations had been initiated by the Ukrainian side. Kuleba spoke about Russia's reluctance to ensure compliance with the ceasefire in Donbas and drew attention to the March 26 events when four Ukrainian soldiers were killed in the Joint Forces Operation zone in Ukraine's east.

If you see a spelling error on our site, select it and press Ctrl+Enter
Tags:DonbasUkraineUSAescalationMFAUkraineKulebaAntony Blinken