Macron, Merkel call on Russia to stabilize ceasefire in Donbas

On March 30, Macron, Merkel and their Russian counterpart Putin discussed the situation in Donbas. 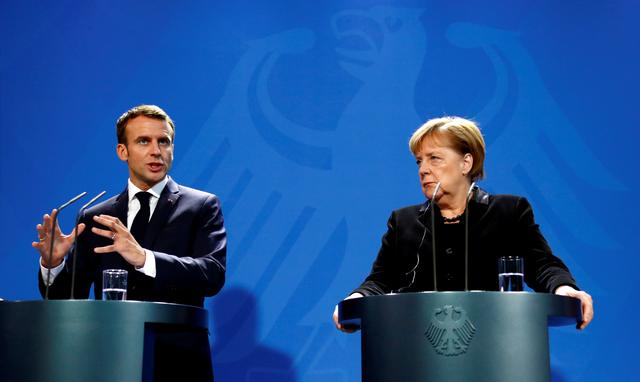 German Chancellor Angela Merkel and French President Emmanuel Macron have called on Russia to take on obligations to stabilize the ceasefire in Donbas.

On March 30, Macron, Merkel and Russian President Vladimir Putin discussed the situation in Donbas, as reported on the official website of the Élysée Palace.

"It was stressed that Russia must take on a firm obligation to stabilize the ceasefire in Ukraine and develop ways out of the crisis in accordance with the Minsk agreements," the report says.

Read alsoKremlin spox: Putin plans no talks with ZelenskyIn turn, the German Federal Government's website reported that Macron and Merkel had called for negotiations in the Normandy format on the implementation of the Minsk agreements.