Merkel: Normandy talks on Donbas unrelated to developments in Belarus

Merkel says work in the Normandy format should continue. 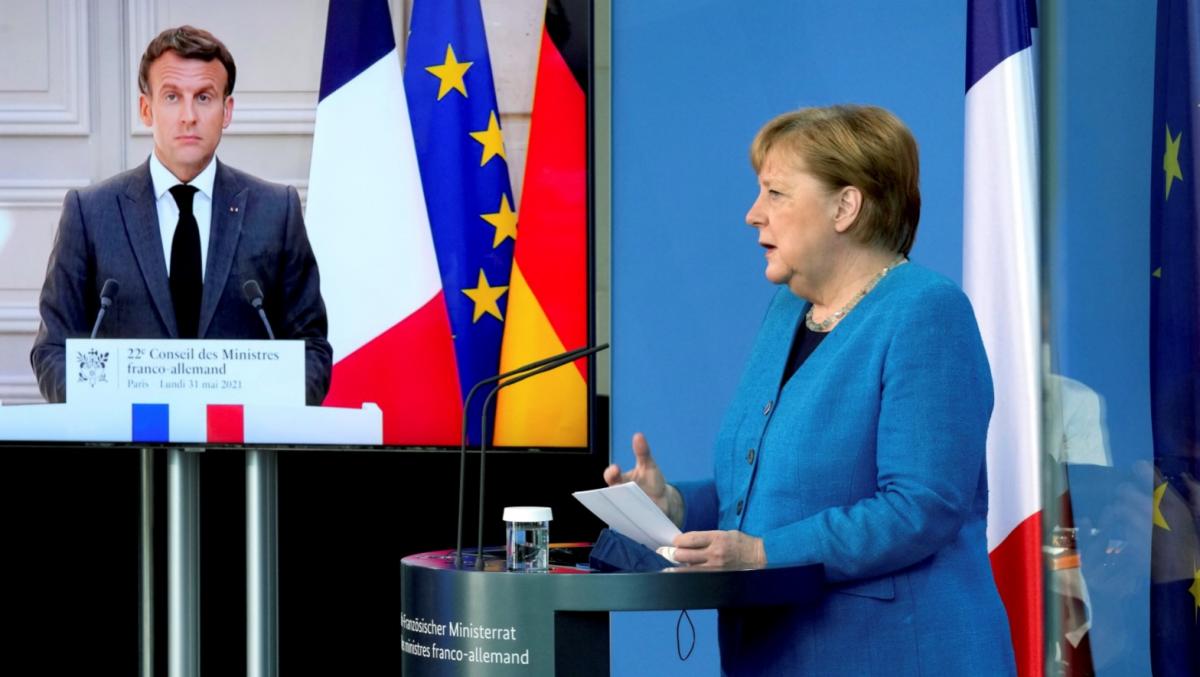 German Chancellor Angela Merkel is confident that recent developments in Belarus will in no way change the course of talks on Donbas in the Normandy format (Ukraine, Germany, France, Russia).

She announced this at a press conference after negotiations with French President Emmanuel Macron.

Merkel says progress in the Normandy negotiations is extremely slow, but the work should be continued.

Macron, in turn, confirmed Merkel's words, saying that a solution to the conflict in Donbas should be sought via the Normandy format.

"In such issues, it is necessary to consider whether it was possible to act more effectively. I do not see more effective ways of working than the Normandy format, within which progress has been made in recent months," he said.