The Alliance "commends President Zelensky’s commitment to a peaceful resolution of the conflict in eastern Ukraine," official said. 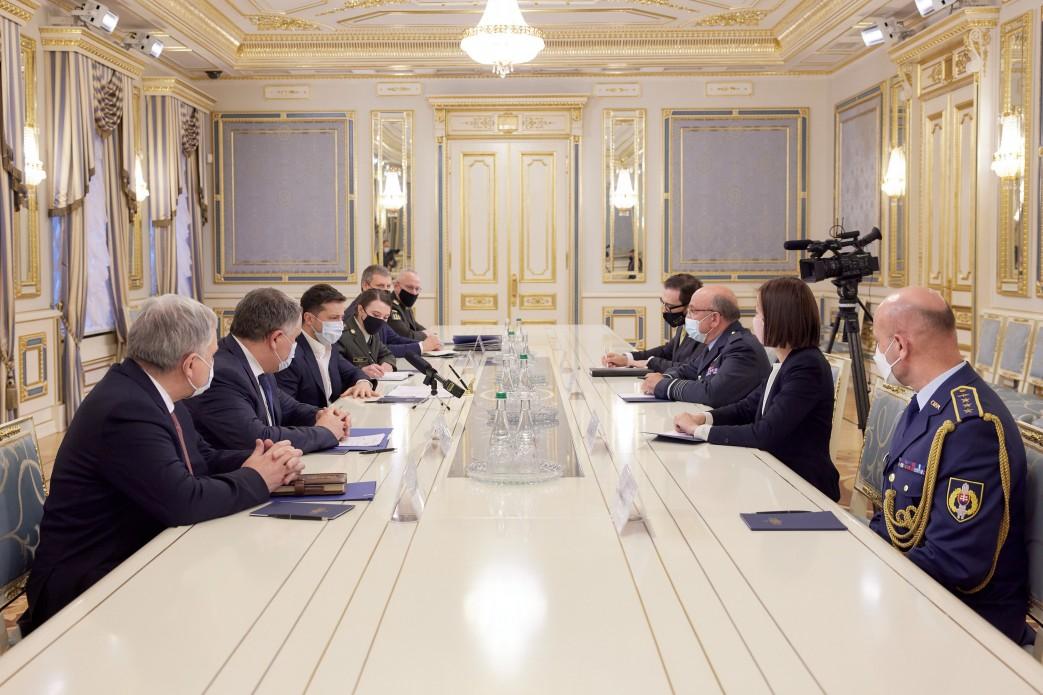 Stuart Peach, Chairman of the NATO Military Committee and senior military advisor to the Secretary General, has called on Russia to cease support for its proxy forces in Donbas and pull troops out of Ukraine's territory.

On 6-7 April 2021, Peach met with the President of Ukraine, Volodymyr Zelensky, and the Commander-in-Chief of the Armed Forces of Ukraine, Colonel-General Ruslan Khomchak, the NATO press service reports.

Read alsoLithuania to propose NATO granting Ukraine Membership Action PlanThe Chairman of the Military Committee stated that the Alliance "commends President Zelensky’s commitment to a peaceful resolution of the conflict in eastern Ukraine."

"NATO Allies are united in their condemnation of Russia’s illegal annexation of Crimea, and its aggressive actions in eastern Ukraine. We call on Russia to end its support for militants in eastern Ukraine and withdraw its forces from Ukrainian territory. Ukraine is one of NATO's closest and most important partners," the senior official said.

The Chairman reaffirmed NATO's valued partnership with Ukraine and its full support of Ukraine’s sovereignty and territorial integrity.

If you see a spelling error on our site, select it and press Ctrl+Enter
Tags:RussiaDonbasNATOZelensky