LDPR leader urges the Kremlin to take a tougher stance towards Kyiv. 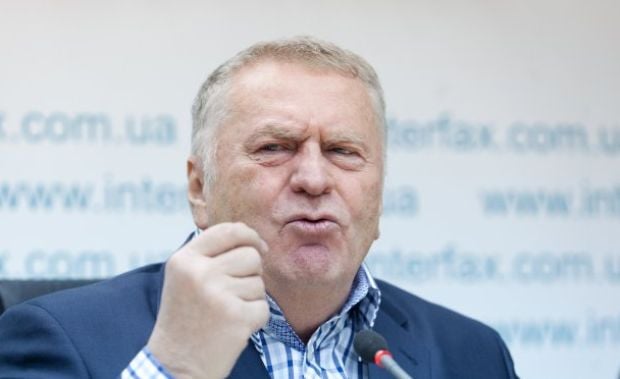 LDPR party leader Vladimir Zhirinovsky, known for his bizarre and aggressive stunts in the political arena, recently repeated a fake narrative widely disseminated by Russian propaganda pundits about the alleged plot by Ukraine forces to soon resort to some kind of military provocation in Donbas.

Zhirinovsky suggested that Russia "strike all of Ukraine's Armed Forces so that not a single soldier or officer is left alive," which would resolve the issue of a possible provocation, as per Insider.ua.

According to Zhirinovsky, Russia should attack Ukraine "without declaring war."

In an unsubstantiated claim, Zhirinovsky went on to say that the attack on Ukraine would be justified by "the deaths of 15,000 Russians in Donbas" as well as Russian citizens allegedly being "held in the SBU [security service] dungeons across Ukraine."

According to the Prosecutor General's Office of Ukraine, Zhirinovsky created and headed an organized group in Moscow in March-April 2014 with the aim of providing material support to two Russia-controlled terrorist organizations, the "Luhansk People's Republic" ("LPR") and the "Donetsk People's Republic" ("DPR").

The group included certain members of Russia's State Duma and members of the Liberal Democratic Party, in particular, heads and representatives of the party's regional branches, who raised funds from Russian citizens for sponsoring terrorism.

In addition, the aforementioned persons concluded an agreement for the "DPR" to use premises in Moscow for their representative activities.