U.S. diplomats are concerned about reports on damaged civilian facilities in Ukraine. 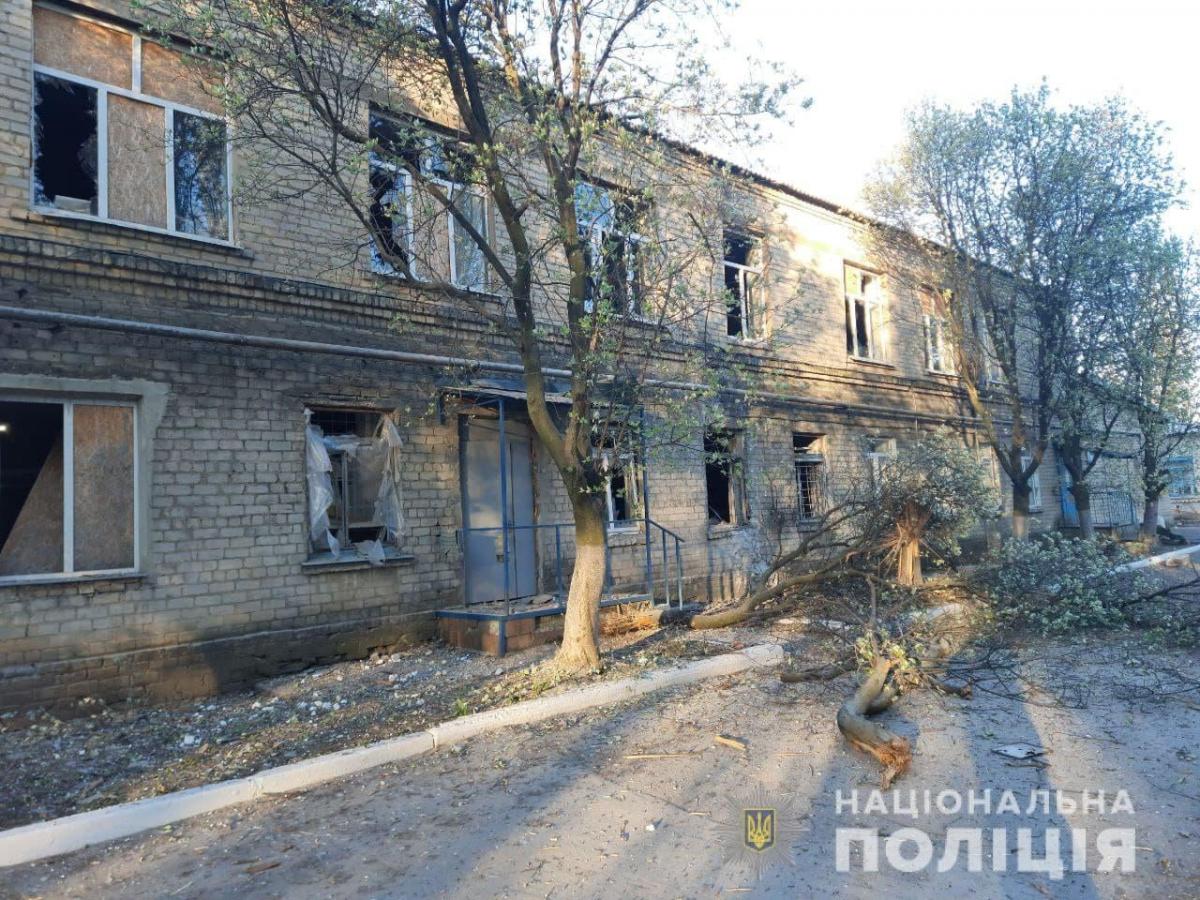 The U.S. Embassy in Kyiv has responded to reports on Russia-led forces' shelling of civilian infrastructure in eastern Ukraine, in particular hospitals and water supply systems.

"Concerned about reports of damage to critical civilian infrastructure in eastern Ukraine, especially water systems & hospitals," the Embassy said on Twitter on May 8.

"We demand an end to Russia's aggression in Ukraine, which threatens civilians & the systems & infrastructure that serve as their lifelines," it said. 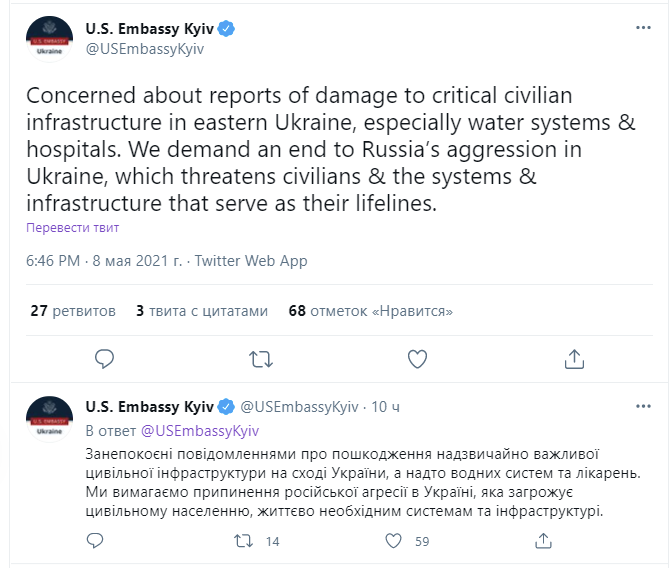