"We value every life," Zelensky's office said, noting that the key priority is to save lives of Ukrainian military and civilians in Donbas. 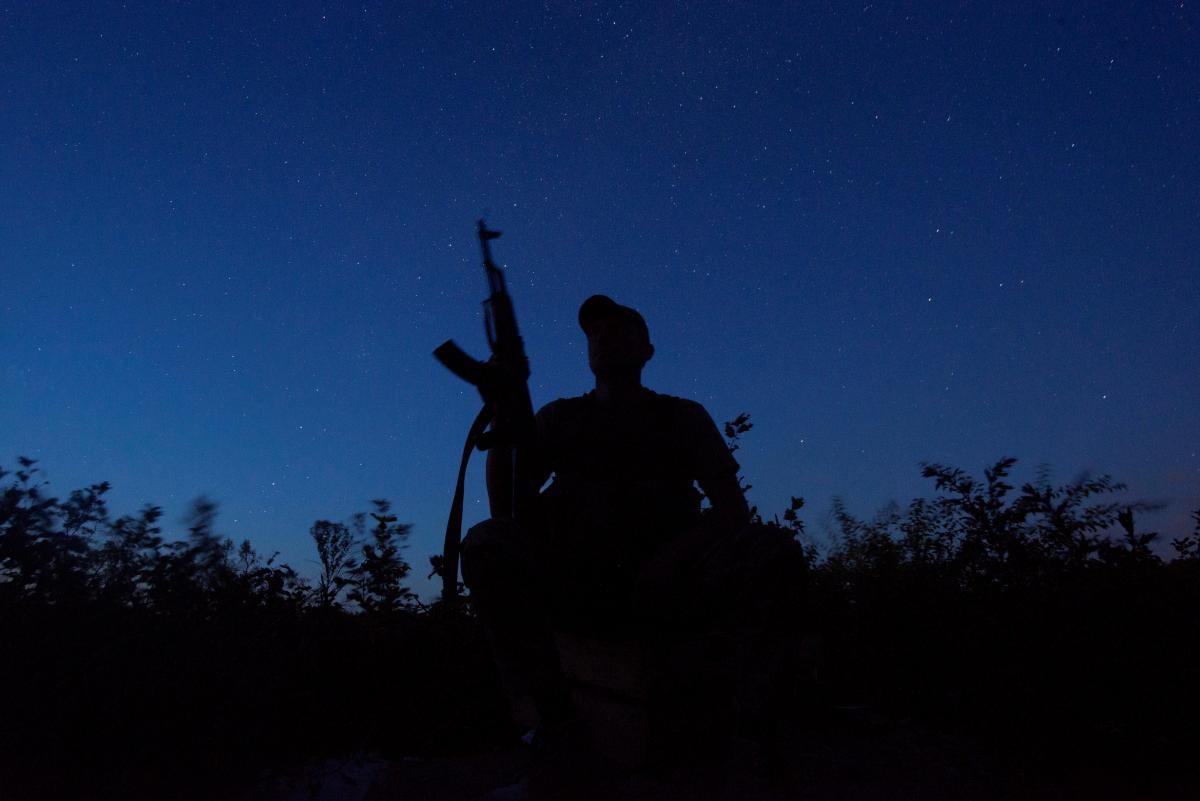 For six weeks since July 27, "thanks to the effectiveness of Ukrainian envoys at negotiations in various formats, it has been possible to maintain an actual ceasefire in Donbas, President Volodymyr Zelensky's Office said, commenting on the latest news on the "joint inspection" of Ukrainian positions near Shumy – something that has been agreed on at an extraordinary meeting of the Trilateral Contact Group (TCG) on Donbas settlement.

"It's clear that this cannot be taken lightly by all those who are used to profiting politically or financially off of war," reads the statement released by the President's Office on the evening of September 9. "In order to resume hostilities, they resort to provocations, spread fake news, and have traditionally set PR above saving lives."

"We strongly condemn such an approach to resolving any issues," the statement stressed.

"In order to refute fake news and prevent new provocations, an agreement was reached today within the Trilateral Contact Group on a joint inspection in the area of ​​the village of Shumy with the participation of the coordinator's representative from the OSCE," Zelensky's Office has recalled. In the legal plain, they add "it's not the parties to the military conflict who conduct the inspection but by the OSCE mediator, accompanied by parties' representatives."

The OSCE has repeatedly confirmed that any allegations of any violations of the agreements by the Ukrainian side are unfounded. "If someone does not trust the OSCE, let them see the truth with their own eyes," the Office stressed.

The report went on to address critics of the said decision: "If someone fails to understand the possible mechanism of such an inspection, we recommend they refresh in their memory the history of the Joint Center for Ceasefire Coordination (JCCC), as well as Paragraph 2 of the Minsk Agreement – the part that defines the parties on the line of demarcation, and that was inherited by Ukraine from some 'major' diplomats."

The JCCC is a bilateral, Ukrainian-Russian, mechanism established in September 2014 to implement the Minsk deal.

"Indeed, Russia has refused to work within the JCCC. Every normal person understands perfectly well the purpose of such move. But the fact that such purpose is out there doesn't mean it's realistic," Zelensky's Office said, apparently referring to claims that any involvement of Russian proxy forces in Donbas in the "joint inspection" would give the latter a pretext for recognition as a party to the conflict, while allowing Russia to claim it has no role in the conflict which Moscow has long persisted is of internal nature.

"The extremely limited manifestation of militants' presence could give nothing to anyone but one thing – another argument in favor of Ukraine's rightness."

"Once again, together with the international community, we call on Russia to return to the JCCC as it is absurd to refrain from doing so," the Ukrainian president's Office stressed.

"Armed people standing against Ukrainian troops in Donbas are an objective fact, but every political force in Ukraine and society as a whole must do everything possible to ensure that these people never become a political fact," Zelensky's Office noted. "They use the hostilities to their advantage. Ukraine, in turn, will use truth and the real state of affairs on the line of contact in order to deprive the invaders of any chance to increase pressure on our state."

Head of the Ukrainian delegation to the Trilateral Contact Group, Leonid Kravchuk, has confirmed that members of illegal armed groups in Donbas will be allowed to jointly "inspect" the positions of the Armed Forces of Ukraine in the vicinity of the village of Shumy.

Speaking on the air of the TSN news show on Wednesday evening, he elaborated on the composition of the joint inspection team: "ORDLO [occupied territories in Donetsk and Luhansk regions] representatives from Donetsk region, the Ukrainian side to the JCCC, and OSCE coordinator Ms. Heidi Grau."

Kravchuk opined that it was impossible to accuse Ukraine representatives to the TCG of legalizing terrorist groups and territories they seized since an OSCE representative will be present at the inspection.

The Trilateral Contact Group for Donbas settlement is a group of representatives from Ukraine, the Russian Federation, and the Organization for Security and Co-operation in Europe that was formed in 2014 as means to facilitate a diplomatic resolution to the war in Ukraine's Donbas region.

Representatives of the so-called "DPR" and "LPR", the unrecognized entities widely supported by the Russian Federation, are not officially a party to the TCG.

If you see a spelling error on our site, select it and press Ctrl+Enter
Tags:RussiawarDonbasRussianAggressionTCGZelensky