Zelensky says it's impossible to constantly postpone efforts to resolve the pressing issue. 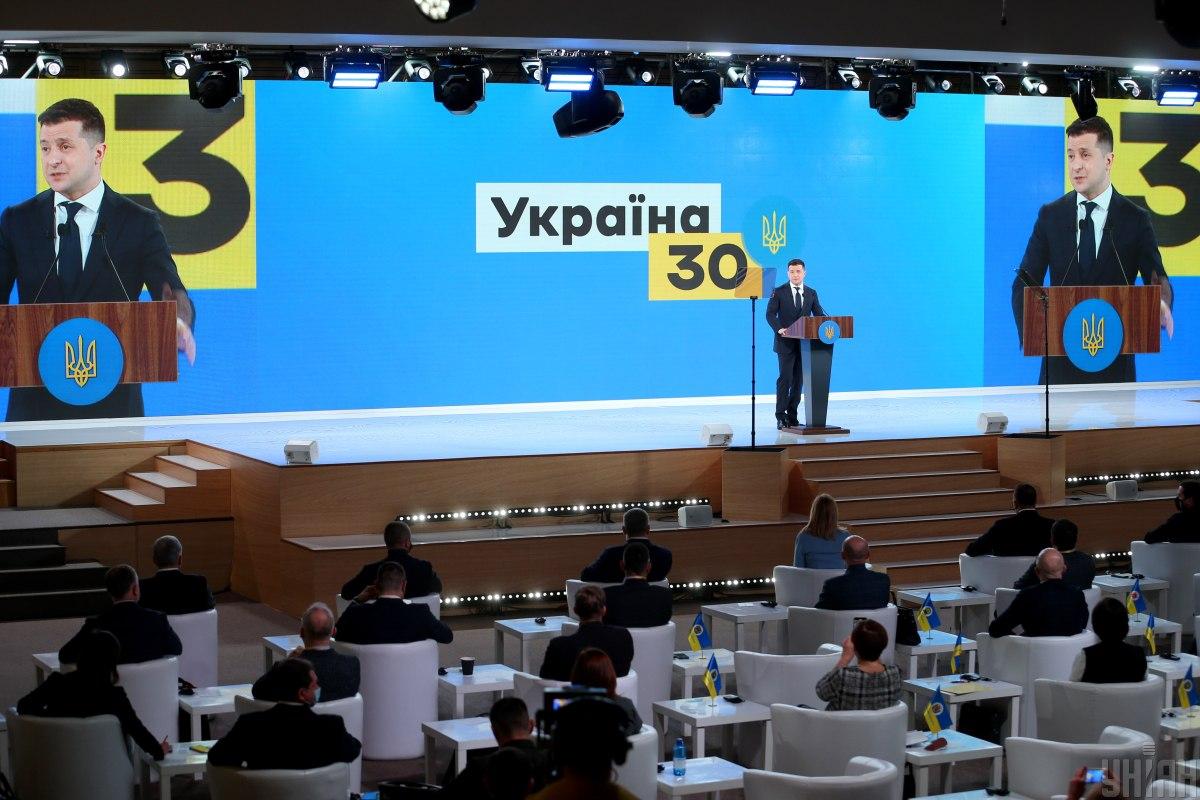 Ukrainian President Volodymyr Zelensky says he is ready to hold separate meetings with each of the leaders of the Normandy Four (Germany, France, Russia) if the summit keeps being postponed.

"In any case, a Normandy summit is being prepared. It should take place. I will tell you on my own behalf, and I said this to our Western partners – if there is no meeting in the Normandy format, I will find a format where I meet with each of the Normandy Four leaders," he said at the all-Ukrainian forum "Ukraine 30. Culture, media, tourism" in Kyiv, an UNIAN correspondent reports.

Read alsoRussian-led forces in Donbas preparing for escalation, rights activists warnZelensky says it is impossible to constantly postpone the solution to such an important issue.

The Normandy Four is a format of talks in a quadripartite format, involving Ukraine, Germany, France, and Russia, where issues of Russian armed aggression against Ukraine are discussed.

The name of the format comes from a summit of the four leaders, which first took place in Benouville, Normandy region, northwestern France, on June 6, 2014.

The latest summit of the Normandy Four leaders was held in Paris in December 2019.

If you see a spelling error on our site, select it and press Ctrl+Enter
Tags:DonbasNormandyFourZelensky