The leader of the Polish state said that sanctions against Russia should remain until the de-occupation of Ukrainian territories. 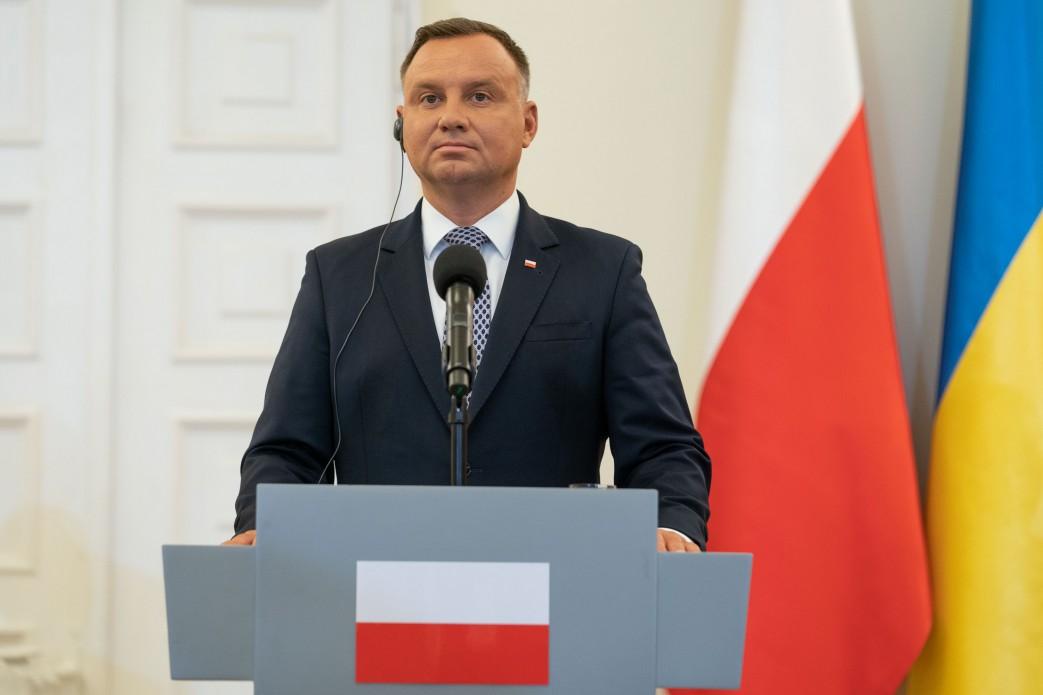 Speaking at a joint press conference with Ukrainian President Volodymyr Zelensky in Kyiv on Monday, the leader of the Polish state said that security issues had been extensively discussed at today's talks, an UNIAN correspondent reports.

"I confirm that Poland stands shoulder to shoulder with Ukraine on the issue of Ukraine's borders," Duda stressed.

He added that Ukraine must restore control within internationally recognized borders.

"We stand on the position that Crimea is under occupation today, and we say this not only in Kyiv and Warsaw, but also at international fora," the Polish president said.

He added that the sanctions imposed over Russian aggression should remain in place until Russia ceases occupation.

"The policy of sanctions must be resolutely pursued, and we will constantly appeal to European Union member states and other international communities in this regard," Duda said.

The Polish president noted that any change in borders post World War II is unacceptable and that the international community can never concede with this.

"And I hope that it never will," concluded Duda.