Zelensky thanks Duda for supporting Ukraine in war with Russia

Zelensky is confident that Duda's visit to Ukraine will be fruitful. 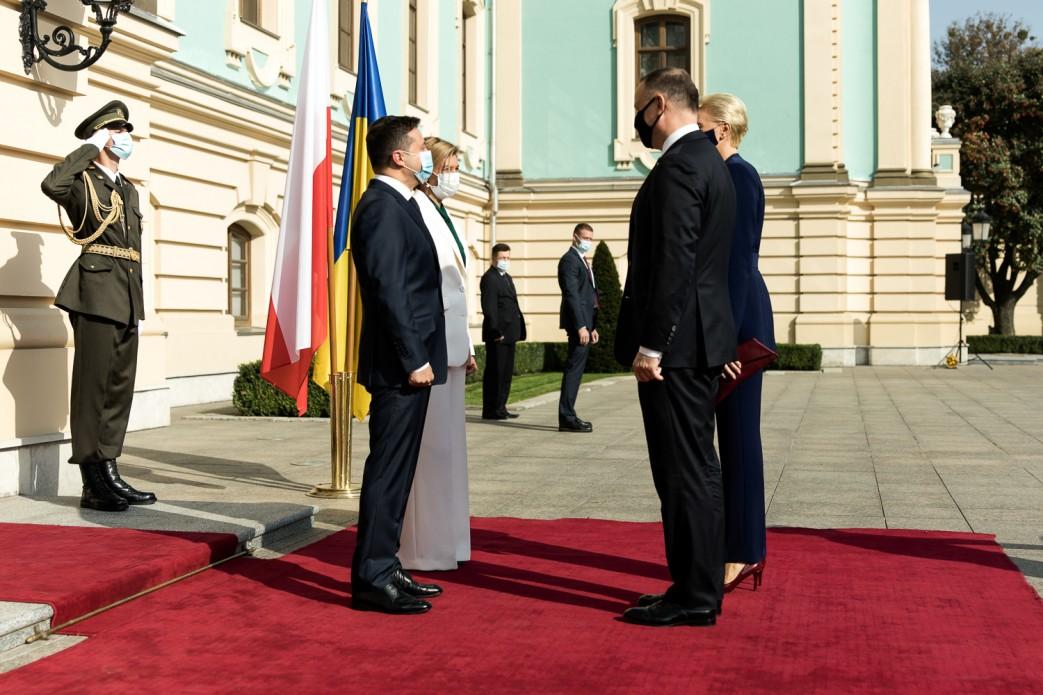 President Volodymyr Zelensky has expressed gratitude to Polish President Andrzej Duda for supporting Ukraine in the war with Russia.

The statement came during negotiations between the two delegations at the Mariinsky Palace in Kyiv. The opening speeches were broadcast by the Office of the President of Poland on Twitter.

Zelensky expressed gratitude to Duda for his visit to Ukraine despite the coronavirus pandemic, and expressed confidence that it the visit will be effective.

"It is important that the trade turnover between our countries increases and economic relations continue," he stressed.

"I thanked the president and I am grateful to your people for the systemic support for sovereignty and territorial integrity in the war in eastern Ukraine against Russian aggression," Zelensky said.