An agreement on EU4Resilient Regions is among the documents signed. 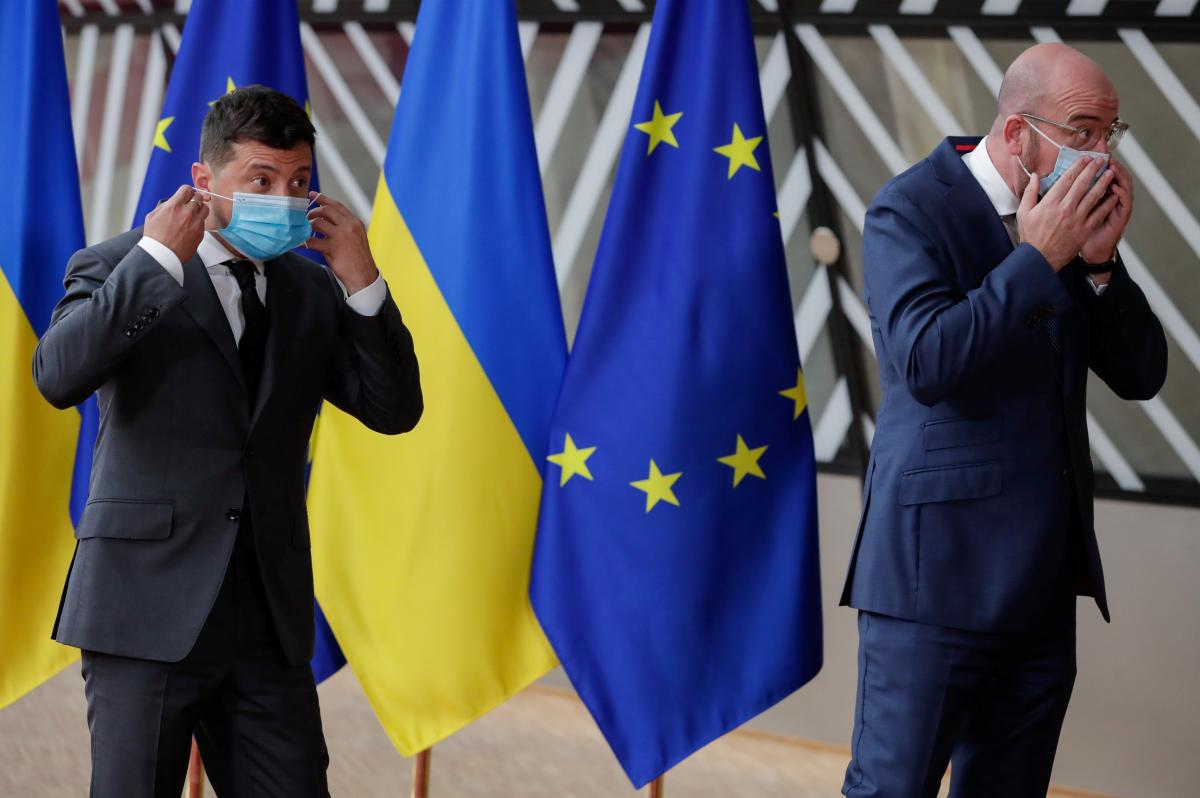 Zelensky participates in the Ukraine-EU summit in Brussels  / REUTERS

Ukraine and the European Union have signed a number of new agreements.

An official ceremony where the documents were signed as part of the Ukraine-EU summit was broadcast on the website of the European Commission's audiovisual service, according to an UNIAN correspondent.

In particular, Deputy Prime Minister for European and Euro-Atlantic Integration of Ukraine Olha Stefanishyna and EU Commissioner for European Neighborhood Policy and Enlargement Olivér Várhelyi signed three agreements – on EU4Resilient Regions, on the mechanism for the development of civil society in Ukraine, as well as the Climate Package for a Sustainable Economy (CASE) in Ukraine.

Head of the EU Delegation to Ukraine Matti Maasikas said on Twitter that the EU4ResilientRegions program provides for the allocation of EUR 30 million, the Civil Society Facility for EUR 20 million, and the Climate Package for a Sustainable Economy for EUR 10 million.

In addition, three projects were signed between Ukraine and the European Investment Bank (EIB).

In particular, Minister of Development of Communities and Territories Oleksiy Chernyshov and Vice-President of the EIBTeresa Czerwińska signed a financial agreement under the Ukraine Public Buildings Energy Efficiency project.

Also, Minister of Infrastructure of Ukraine Vladyslav Kryklii and Vice-President of the EIB Lilyana Pavlova signed a guarantee agreement on the logistics networks, modernization and digitalization of the postal giant Ukrposhta.

Meanwhile, Ukrposhta CEO Ihor Smelyansky and Vice-President of the EIB Lilyana Pavlova signed a financial agreement on the logistics networks, modernization and digitalization of the postal giant Ukrposhta.

As UNIAN learnt from the press service of the President's Office, EU4Resilient Regions should help attract EU assistance to increase Ukraine's resilience, in particular to hybrid threats and destabilizing situations such as the COVID-19 pandemic, and Ukraine's capacity to establish peace.

In turn, the Civil Society Facility aims to help the EU to strengthen democracy in Ukraine.

The Climate Package for a Sustainable Economy (CASE) in Ukraine provides for the development and implementation of policies and measures that effectively support the transition to climate neutral, clean, resource efficient and safe energy supply and consumption; supporting climate change mitigation by reducing emissions of greenhouse gases and ozone depleting substances; stimulating the transition to a clean and circular economy.

The goal of concluding the agreement on financing under the Ukraine Public Buildings Energy Efficiency project is to raise funds from the EIB to finance measures aimed at supporting the increased energy efficiency of public buildings in Ukraine. The total contribution of the EIB under the agreement is EUR 300 million.

The signing of the document "Logistics Network (Modernization and Digitalization of Ukrposhta)" is to ensure the purchase of sorting equipment (an automatic crossbelt sorting line with a capacity of 12,000 units per hour, a posisorter sorting line, two Oprisorter sorting lines, semi-automatic roller conveyors, gravity conveyors, IT servers and peripherals), the creation of three sorting facilities (in particular, the construction of a hub in Lviv), and 22 sorting depots in total (in particular, the construction of depots in six cities), introduction of automatic tracking of cargo movement. The total amount of funds for the implementation of the project, according to EIB experts, is EUR 30 million (excluding VAT).

A loan to be issued under the financial agreement entitled, "Logistics Network (Modernization and Digitization of Ukrposhta)" will let Ukrposhta modernize its logistics network by building three new sorting centers, 20 post offices, and the relevant IT infrastructure.

If you see a spelling error on our site, select it and press Ctrl+Enter
Tags:EuropeanUnionUkrposhtaUnitedForUkraineEIBMovingForwardTogether