The image is a photo from a pro-democracy protest in Ukraine in 2014. 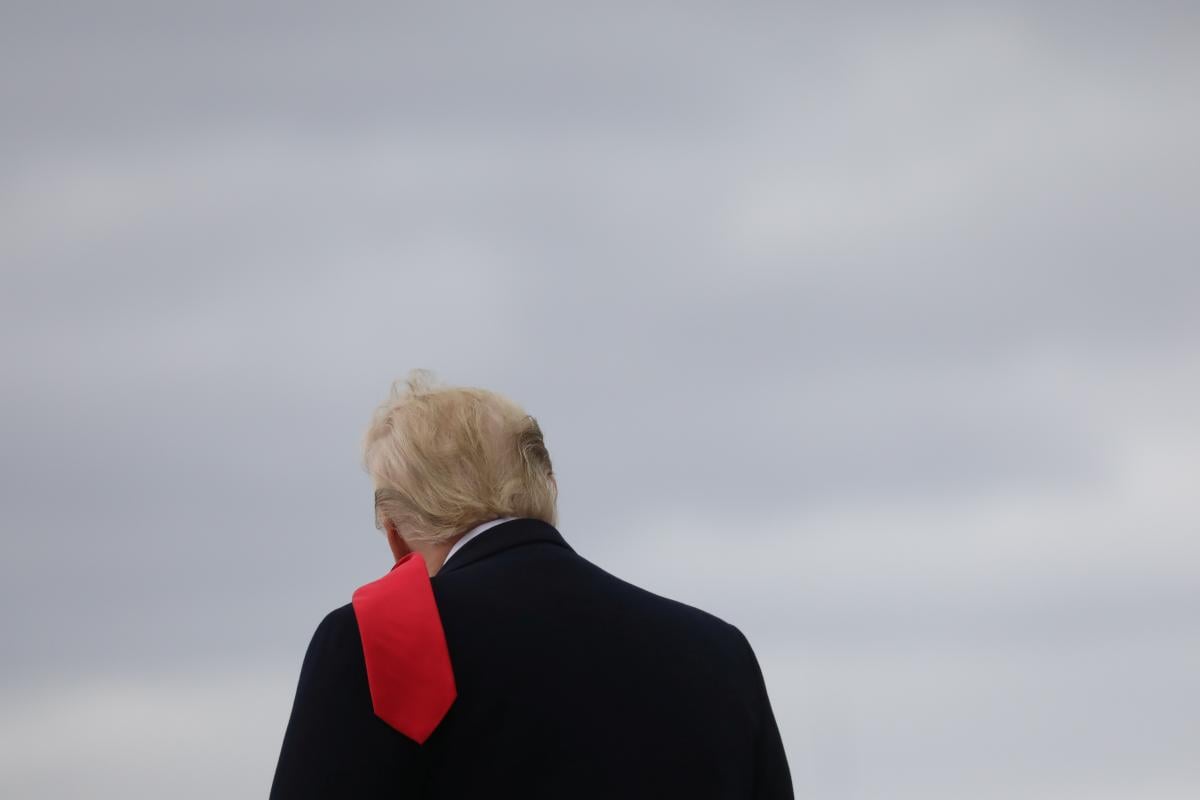 The advert shows one image of Mr Trump in a calm setting talking to police officers beside another of a security official being surrounded by protesters, saying: "Public safety vs chaos and violence," the BBC reported.

However, the image is a photo from a pro-democracy protest in Ukraine in 2014.

What does the ad show?

On the image on the right, the officer is wearing a badge on his shoulder.

However, it is an insignia not recognisable as one U.S. police wear – it's a Coptic cross seen in countries which practice Orthodox Christianity.

Using a reverse image search shows that the image is actually from Ukraine and was first posted in 2014, during the revolution that overthrew the government.

The security official pictured is in fact not a U.S. police officer. That badge was worn by members of the "Internal Troops of Ukraine," a now disbanded section of the national military that also assisted with policing.

The image is also on the Wikipedia page about the 2014 Ukrainian Revolution, and says it shows events in February 2014 when security officials clashed with anti-government protesters.

The old photo in the advert was picked up by a former Hillary Clinton staffer Jesse Lehrich in tweet that has been widely shared. 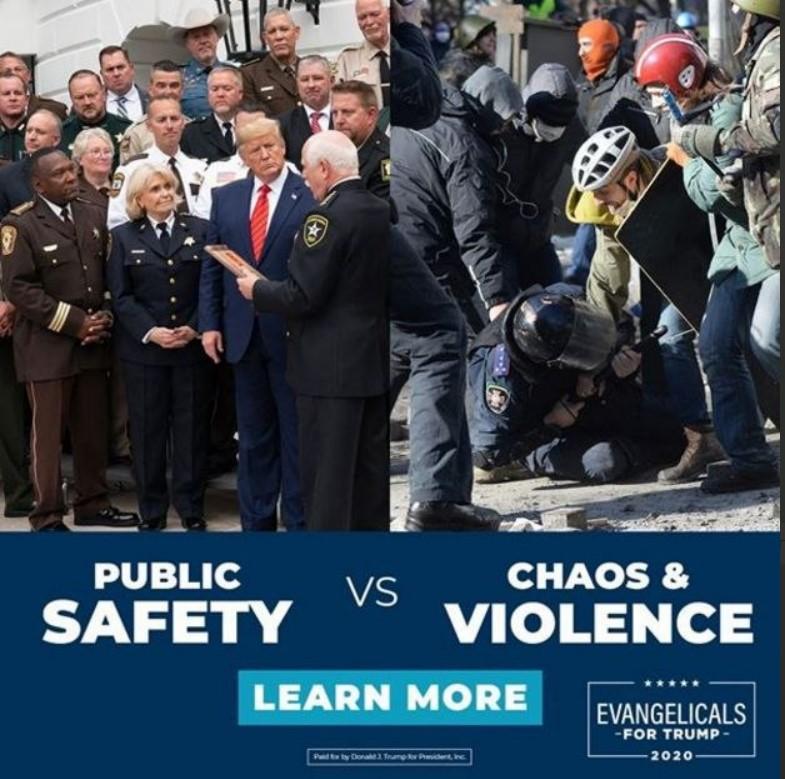 The imagery appears to have been made by campaign group "Evangelicals for Trump" and has mostly reached users in Florida and Texas who are older than 55, according to Facebook's estimates.