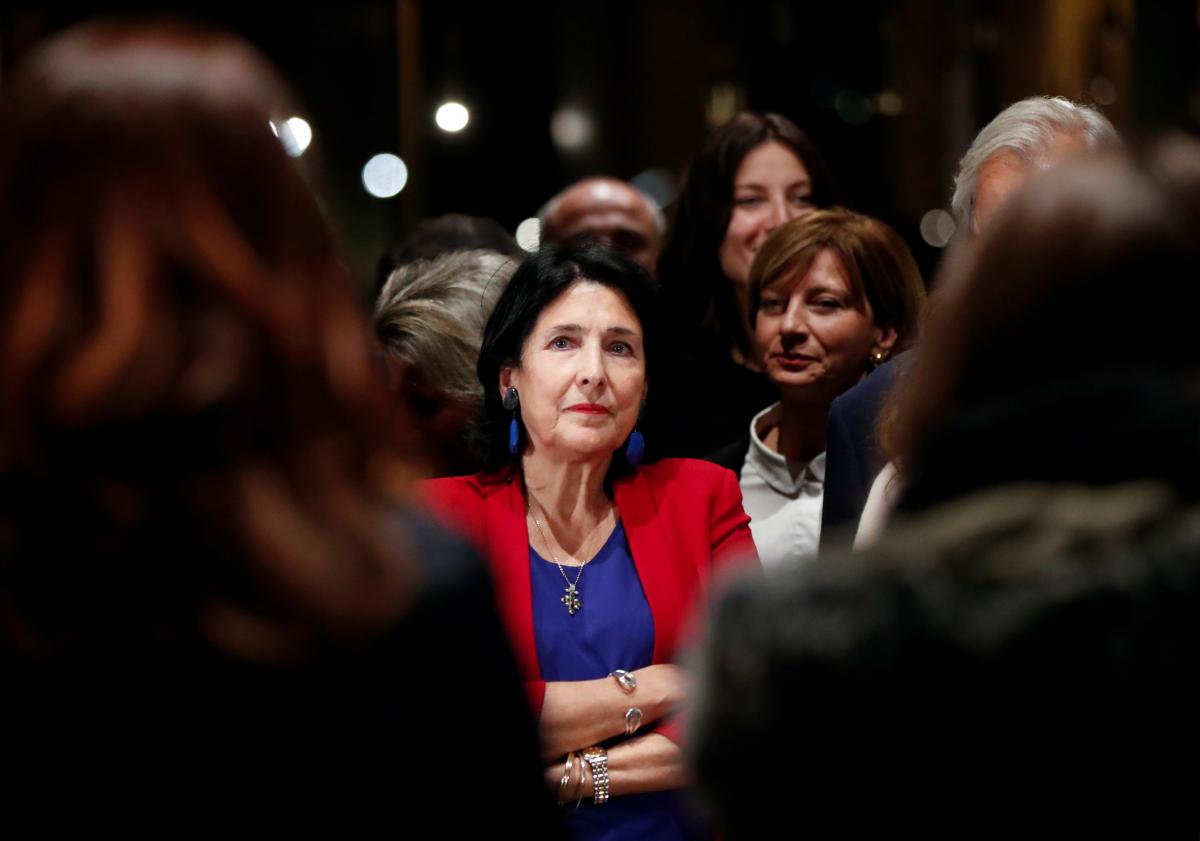 Georgian President Salome Zurabishvili has expressed great concern over the prospects for the appointment of Mikheil Saakashvili to a position with the Cabinet of Ministers of Ukraine.

In a statement published on her official website, the Georgian president has noted that the cooperation between Georgia and Ukraine is based on common interests and aspirations, "however, our partner country is now considering for a high political position a candidate recognized guilty by all three [judiciary] instances in Georgia."

"As head of state, I am well aware that it is unacceptable to interfere in the internal affairs and personnel policies of another country, but it is also unacceptable and completely incomprehensible to hand a government post to someone whose criminal actions are confirmed not only by the Georgian judiciary, but also by relevant decisions of the European Court for Human Rights. That's not to mention the fact that he is accused of grave corruption crimes," Zurabishvili said.

The president added that she does not want to undermine cooperation with Ukraine in joint efforts toward protecting territorial integrity and sovereignty.

"I can't even imagine how anyone could be so important as to jeopardize long-term relations between our states, neglect our institutions and insult our society," the Georgian leader said.

Zurabishvili added that she would like to be mistaken about the lack of trust between the two partners, and that she hoped to protect Georgian interests, which would become more important than narrow political ambitions and calculations.

"I hope that the joint past, present, and future of our fraternal nations will never be called into question," the Georgian president said.

As UNIAN reported earlier, on April 22, Saakashvili stated that he had received an offer from President Volodymyr Zelensky to become vice prime minister for reform.

On April 24, Saakashvili met with deputies with the Servant of the People party. According to media reports, after long negotiations, the parliamentary faction only managed to collect some 140 to 170 votes to back Saakashvili's appointment, which isn't enough.

The Ukrainian president has not publicly commented on the Saakashvili issue.