It was the host side's protocol team, Urusky noted, who arranged the placement of foreign government officials during the inaugural ceremony. 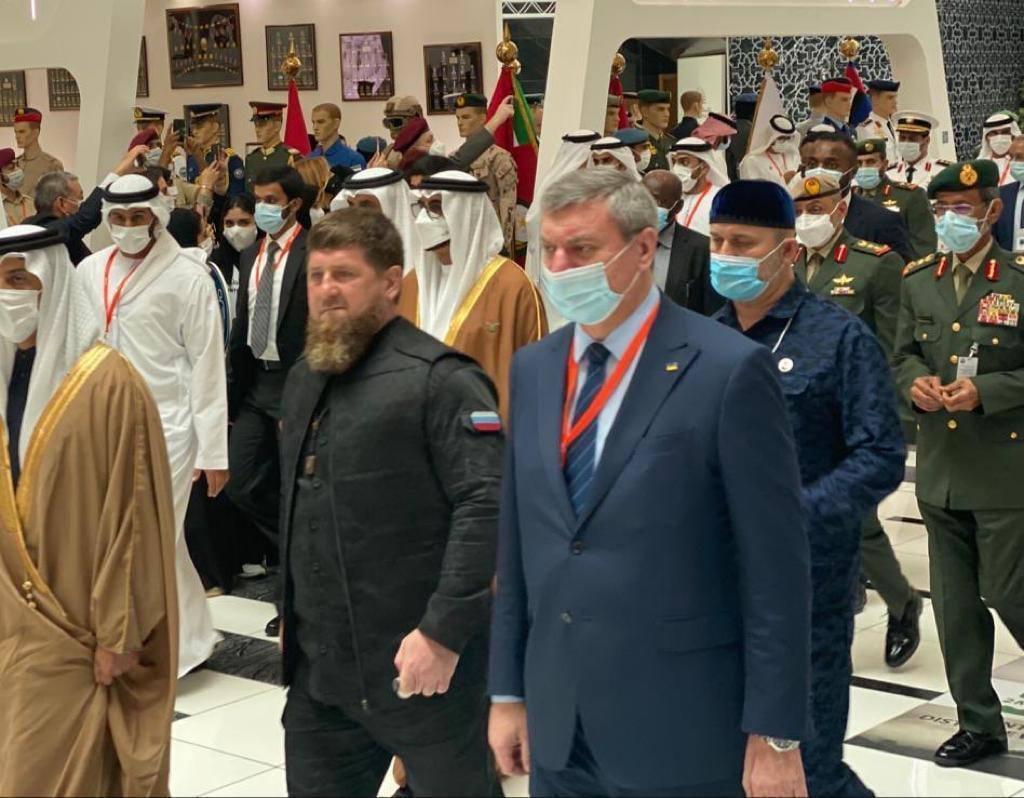 Earlier, Prime Minister Denys Shmyhal demanded "an urgent explanation" from Urusky, taking to social networks to express his concern over the unflattering image.

Read alsoUkraine's brand new combat UAV debuts at IDEX 2021 (Photo)"I don't see it possible to 'shy away' from officials of either the aggressor power or any other state, which would testify to insecure behavior and weakness of the Ukrainian side," he wrote on Facebook.

It was the host side's protocol team, Urusky noted, who arranged the placement of foreign government officials during the inaugural ceremony.

"The practice was applied, according to which, personal guests of the ruling family were placed in alphabetical order. At the same time, I'd like to add that I, personally, either during or after the ceremony, did not have (and am not going to have) any contacts with the head of the Russian delegation, namely R. Kadyrov," he said.

Also, Urusky stressed, the Ukrainian delegation pointed to the host side protocol service that such situations must not be allowed in the future.

On February 2, 2021, Chairman of the Verkhovna Rada Committee on Economic Development Dmytro Natalukha (Servant of the People) said signatures were being collected in parliament for Urusky's sacking.

Over 40 signatures had already been collected, he claimed, in the Servant of the People faction alone. Natalukha also alleged that the situation in space industry suggested a "corruption component," including in matters of personnel reshuffles.

On February 3, MP Oleksandr Kachura (SoP) said the issue of pushing forward with Urusky's dismissal would be considered at a faction meeting.

If you see a spelling error on our site, select it and press Ctrl+Enter
Tags:RussiaKadyrovUAEShmyhalUruskyIDEX