The parties discussed the importance of maintaining the reforms introduced following the Revolution of Dignity. 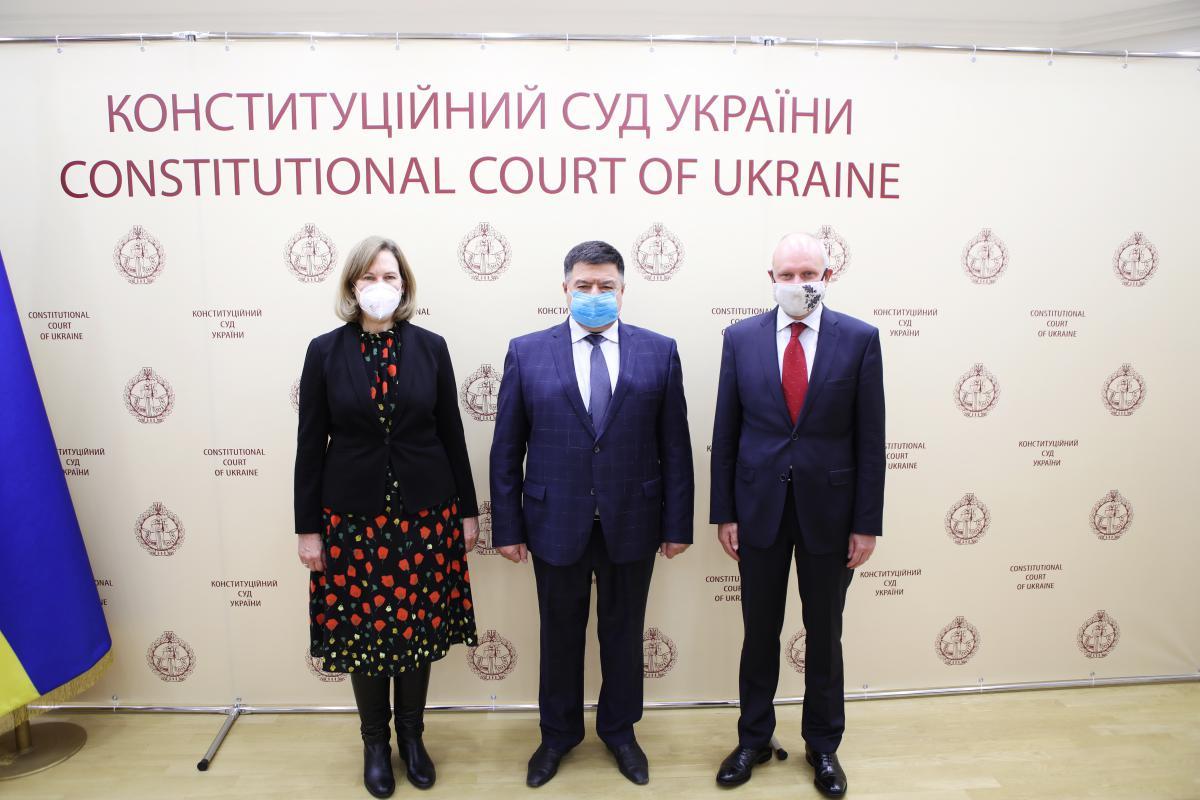 Chairman of the Constitutional Court of Ukraine Oleksandr Tupitskiy on Tuesday, October 27, met with representatives of the United States, the EU, and Japan.

That's according to the CCU's press service.

It is noted that Japan's Ambassador Takashi Kurai, Head of the European Union Delegation Matti Maasikas, and Charge d'Affaires of the United States Embassy Kristina Kvien visited the Court on October 27.

Read alsoConstitutional Court judges rule on "inaccurate asset declaration case" in own interests – NAPCDuring the meetings, the release says, the parties discussed a number of issues related to the Constitutional Court activities "as regards compliance with constitutional rules and principles of the goal of creation and tasks of the system of anti-corruption bodies."

The U.S. Embassy press service has also reported on the meeting held.

"Fruitful European Union in Ukraine-U.S. Embassy Kyiv meeting with the Chairman of the Constitutional Court of Ukraine," reads the statement posted on Facebook. "They discussed a number of issues of mutual interest, including the importance of transparency and maintaining the reforms implemented  since the Revolution of Dignity in 2014."

The meetings took place against the backdrop of the Constitutional Court's judgment on the motion of 47 lawmakers to rescind Article 366-1 of the Criminal Code, which provides for criminal liability for inaccurate asset declaration by officials.