The political force says it will hold an "emergency congress" soon. 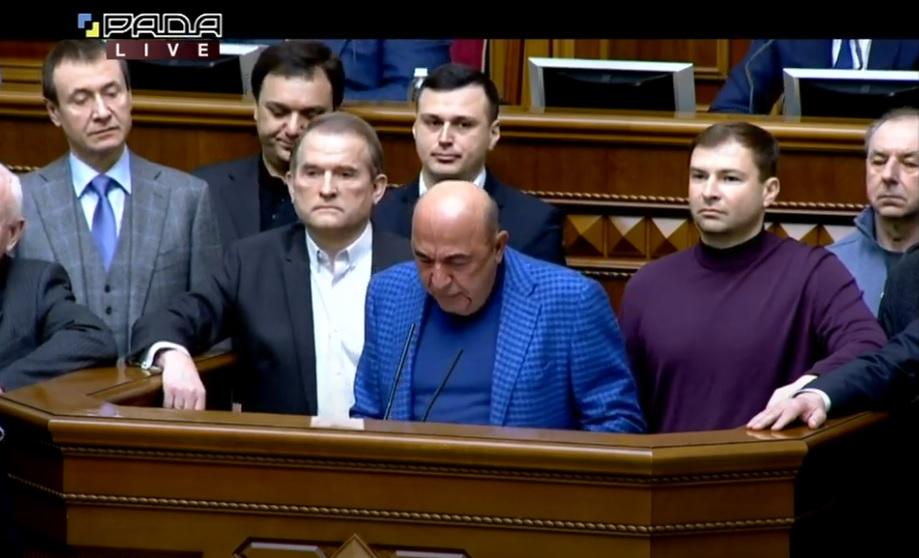 Members of the Opposition Platform - For Life parliamentary faction have announced they will seek the impeachment of President Volodymyr Zelensky over the sanctions imposed on a number of TV channels.

"We are initiating the impeachment procedure for President Zelensky who has outraged voters and the country," co-chair of the Opposition Platform - For Life faction Vadym Rabinovych said at a meeting of the Verkhovna Rada, Ukraine's parliament, an UNIAN correspondent reported.

"Tonight – and evil forces always act under the cover of darkness – three TV channels were closed for the first time in the history of independent Ukraine," he added.

According to Rabinovych, the authorities "gave the command to kill independent journalists," so they created "a special task group of so-called patriots."

Read alsoZelensky blocks Putin crony's TV channels in Ukraine by enforcing NSDC sanctionsHe said the political force would hold soon an "emergency congress that will determine our next steps."

At the end of his speech, Rabinovych started singing: "Arise, Great Country!", a song titled "The Sacred War," which is one of the most famous Soviet songs of the Second World War.

During Rabinovych's speech, MP Viktor Medvedchuk, who is considered to be Russian President Vladimir Putin's closest ally in Ukraine, as well as other faction members were standing next to him.