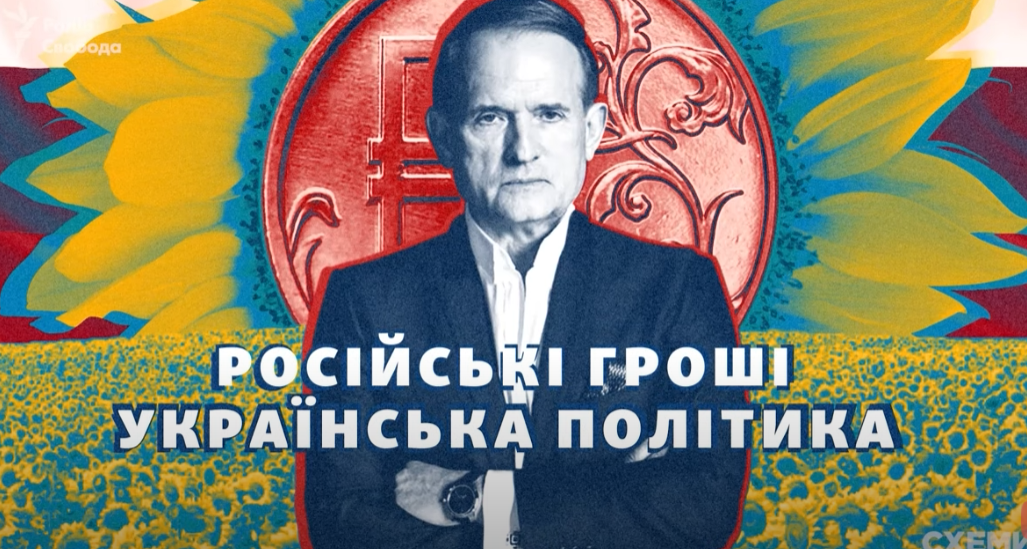 Journalists of Ukraine's Skhemy (Schemes) TV program say the families of two members of the pro-Russian Opposition Platform For Life Party, Viktor Medvedchuk and Taras Kozak, received an oil refining business in Russia for a very low price during the occupation of Crimea by Russia in February 2014.

Read alsoRussian tanks in Donbas run on diesel fuel supplied from refinery owned by Medvedchuk's wifeIn particular, the journalists established that on February 27, 2014 (when the parliament building of the Autonomous Republic of Crimea was seized in Simferopol) the said MPs' families became co-owners of the Novoshakhtinsky oil refinery in Russia's Rostov region, having received a 42% stake in the company for US$40,000. According to the National Security and Defense Council (NSDC) of Ukraine, Russian tanks in the occupied Donbas use the fuel shipped by the refinery, RFE/RL's Ukrainian bureau wrote on March 26.

Also, a 60% stake in NZNP Trade also came under the control of the politicians' families. At that time, the company already had a license to develop the Gavrikovsky oil field in Russia for US$1,000. The oil reserves there are estimated at almost 137 million tonnes.

"As early as on the fifth day after the end of the Revolution of Dignity [in Ukraine in February 2014], Medvedchuk received a powerful source of funding for his political activities, a kind of 'Russian manger' that provided him with millions of dollars annually, and it cost for Medvedchuk and his associates a symbolic sum. Even cheaper than the Faberge set his wife mentioned in an asset declaration," the journalists said.

"The plant, which gives millions in dividends, in which Kislov invested millions of dollars, was sold to [Natalya] Lavrenyuk and [Oksana] Marchenko [the wives of Kozak and Medvedchuk] for about US$40,000, which is almost a gift," analyst with the Anti-Corruption Action Center (AntAC) Antonina Volkotrub told journalists.

Sanctions against Medvedchuk, Kozak, and their wives: Background

If you see a spelling error on our site, select it and press Ctrl+Enter
Tags:RussiasanctionsNSDCMedvedchuk