The initiative is an important step toward a comprehensive judiciary reform, diplomats note. 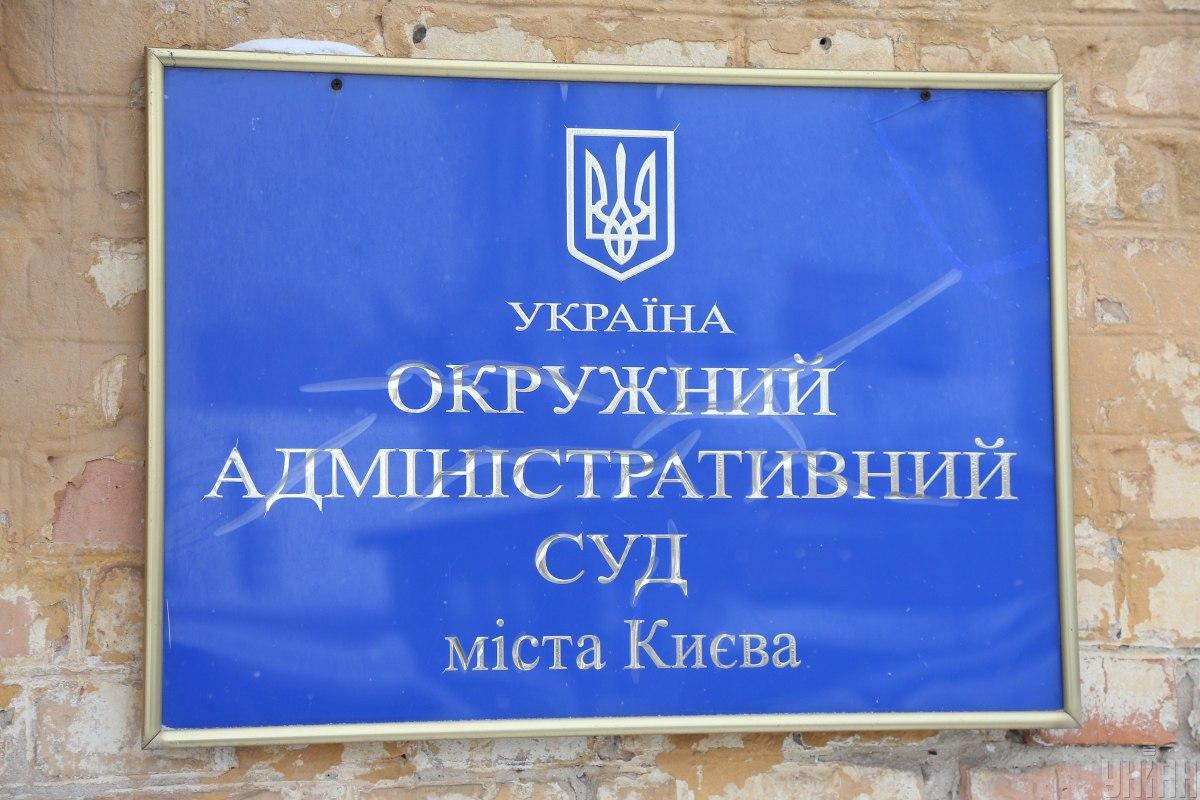 G7 Ambassadors to Ukraine have spoken up in support of the recent move by President Volodymyr Zelensky to dismantle the District Administrative Court of Kyiv, which has long been in an epicenter of anticorruption probes and scandals.

"G7 Ambassadors welcome Zelensky's initiative to liquidate the District Administrative Court of Kyiv, as an important step in comprehensively reforming the judicial system in Ukraine," the group tweeted.

"It's vital that the court replacing DACK is established transparently, with merit-based selection and through integrity checks. Reform of the High Council of Justice and High Qualification Commission of Judges is also essential to ensure high levels of judicial integrity," the statement adds. 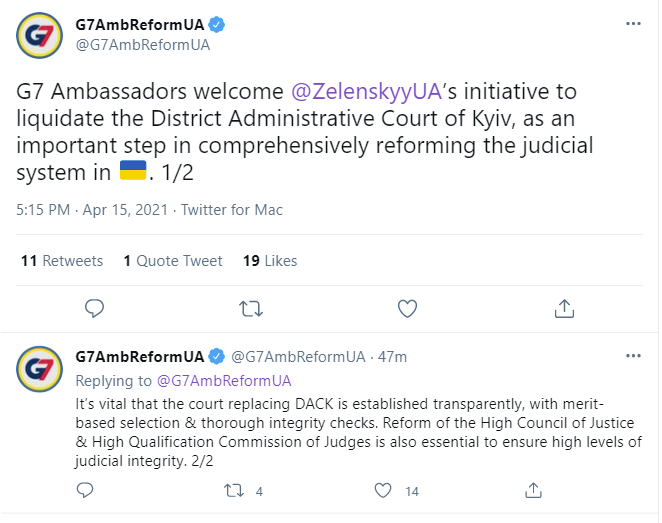 Ukrainian President Volodymyr Zelensky has tabled a priority bill in parliament to disband the District Administrative Court of Kyiv (DACK).

The President's Office says there is no longer confidence in the DACK after "tape" scandals, corrupt officials with safes full of cash money, and numerous controversial decisions, as reported on the president's website.

DACK Chief Judge Pavlo Vovk, who is targeted in an ongoing investigation on "seizure of power" charges, snapped back at the president's move, claiming the country's leader had fallen for "manipulation by certain activists".