The case concerns the so-called Kharkiv Accords with Russia. 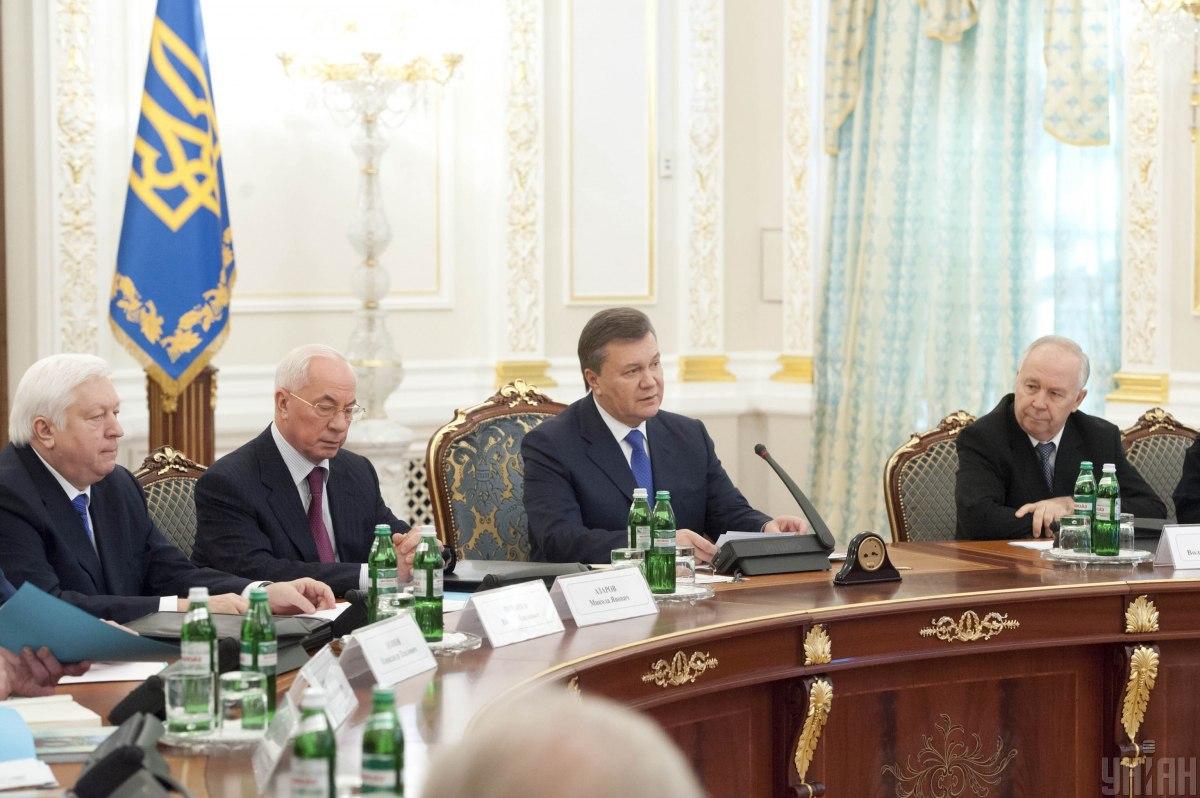 Ukraine law enforcers have pressed high treason charges against Mykola Azarov, the country's former prime minister who led the government during the rule of a disgraced ex-president Viktor Yanukovych,

Azarov is suspected of having conspired with the then-President Viktor Yanukovych, in breach of the Constitution, in agreeing to extend the stay of the Russian Black Sea Fleet in Crimea within the framework of the 2010 Kharkiv Accords.

Read alsoZelensky enacts NSDC decision on sanctions against Russian officials, mediaIn April 2010, while on a Russia visit, Azarov "agreed to the conditions imposed by Russian President Dmitry Medvedev to extend the stay of the Black Sea Fleet in Ukraine for another 25 years under the pretext of receiving a discount on gas."

After that, settled the signing of the agreement between Ukraine and Russia and the adoption of the law on its ratification.

Also, at a closed meeting of the Cabinet, the same month, Azarov ordered that the government adopt the said agreement and submitted it to Viktor Yanukovych for consideration, contrary to the law on international rreaties.

"Such actions by the former prime minister allowed the ex-president on April 21, 2010, to sign in Kharkiv behalf of Ukraine the Agreement between Ukraine and the Russian Federation on the extension of the Russian Black Sea Fleet's stay on the territory of Ukraine; on April 23, 2010, to introduce a bill on the ratification of the agreement to the Verkhovna Rada of Ukraine as an urgent one; and to the legislative body, in turn, on April 27, 2010, to provide consent to make [the treaty] binding," the Office said.

By his actions, the report notes, Azarov helped Russia execute subversive action against Ukraine, which consisted of interference in its domestic and foreign policies; attempts to reduce Ukraine's economic and defense potential; weaken its defenses; strengthen Ukraine's economic dependence on Russia, including on the supply of Russian energy sources."

On January 28, 2021, Yanukovych was charged with high treason in connection with the signing of the said deal. Investigators believe that by signing the agreement, he artificially created conditions for upping Russia's military presence in Ukraine and undermining the country's defense capabilities.

Read alsoSearches held in Parliament, Cabinet, NSDC in "Kharkiv Accords" case – SBUAccording to the investigation, prior to the signing, the price of Russian gas for Ukraine was twice artificially inflated: as of the end of 2008, the price per 1,000 cubic meters was $179.5, while in late 2010 it stood at $352.33.

As a result of the Kharkiv Accords signed by the then-president, the Russian military contingent on the territory of Ukraine saw an increase instead of preparations for its reduction and pullout.

Danilov recalled that on April 27, 2010, a total of 236 MPs voted to approve the Accords, which eventually resulted in the occupation of Crimea and war in Donbas.

"There are a lot of interesting characters here, who today prevail in Ukrainian politics," he noted.

The NSDC secretary clarified that the list of MPs submitted by the SBU includes both sitting people's deputies and oligarchs.

On March 12, the SBU opened criminal proceedings to probe the signing of the Kharkiv Accords.