"No substance" for Zelensky-Putin meeting yet, Kremlin spox says

Peskov expressed confidence only the implementation of the agreements reached a year ago at the Normandy Four summit in Paris could be the "substance." 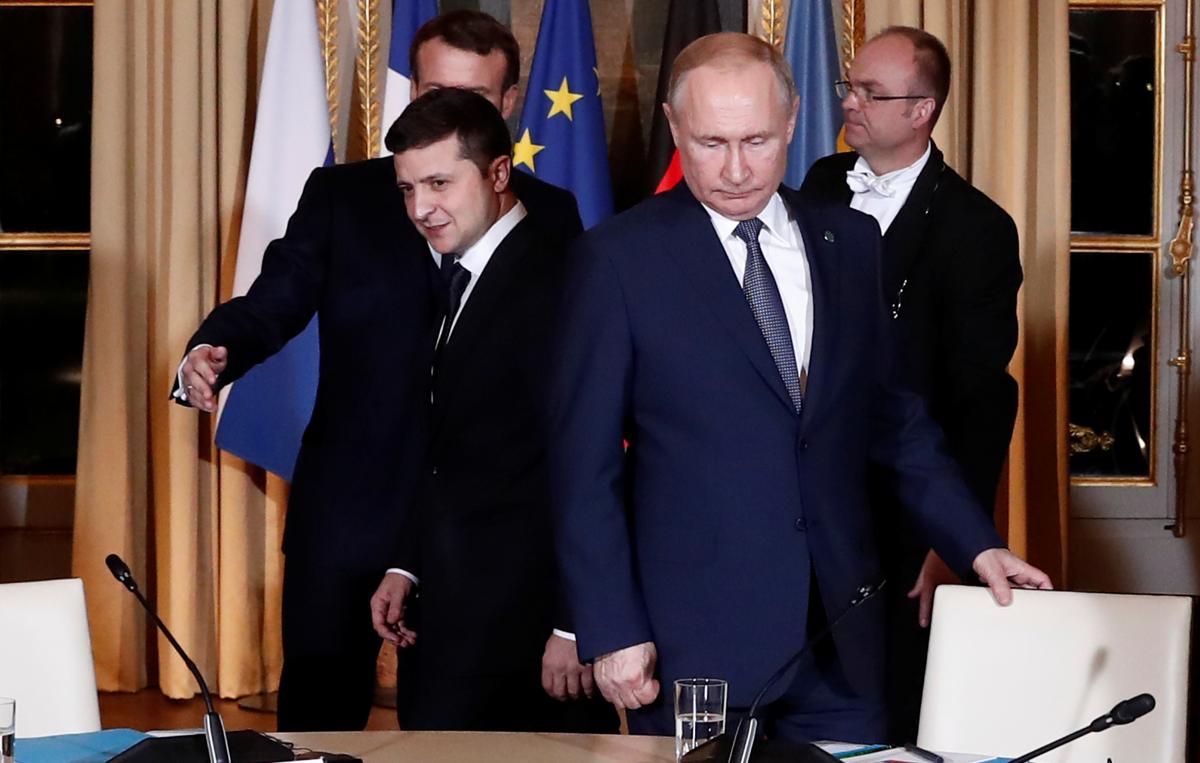 Zelensky and Putin met in Paris a year ago / REUTERS

Russian president's press secretary Dmitry Peskov has said a "substance" should be prepared for a new meeting between Ukrainian President Volodymyr Zelensky and Russian President, but so far it does not exist.

"Nobody needs a meeting for the sake of meeting. Any meeting of the heads of state should be well prepared," he told journalists, answering a question from an UNIAN correspondent in Russia about when a new meeting between the presidents could take place with the mediation of France and Germany.

"But they need some kind of substance they can grab onto so that they could string some understanding on it, but so far we have no substance," Peskov said.

Read alsoUkraine's envoy calls on Russia to take charge of fulfillment of Normandy agreementsThe press secretary expressed confidence only the implementation of the agreements reached a year ago at the Normandy Four summit in Paris could be the "substance."

"In this regard, the situation is difficult," he added.