The act of publicly raising these "lawfare" ideas sets the stage for Ukraine to also advance its position on the future status of Russian-occupied Crimea. 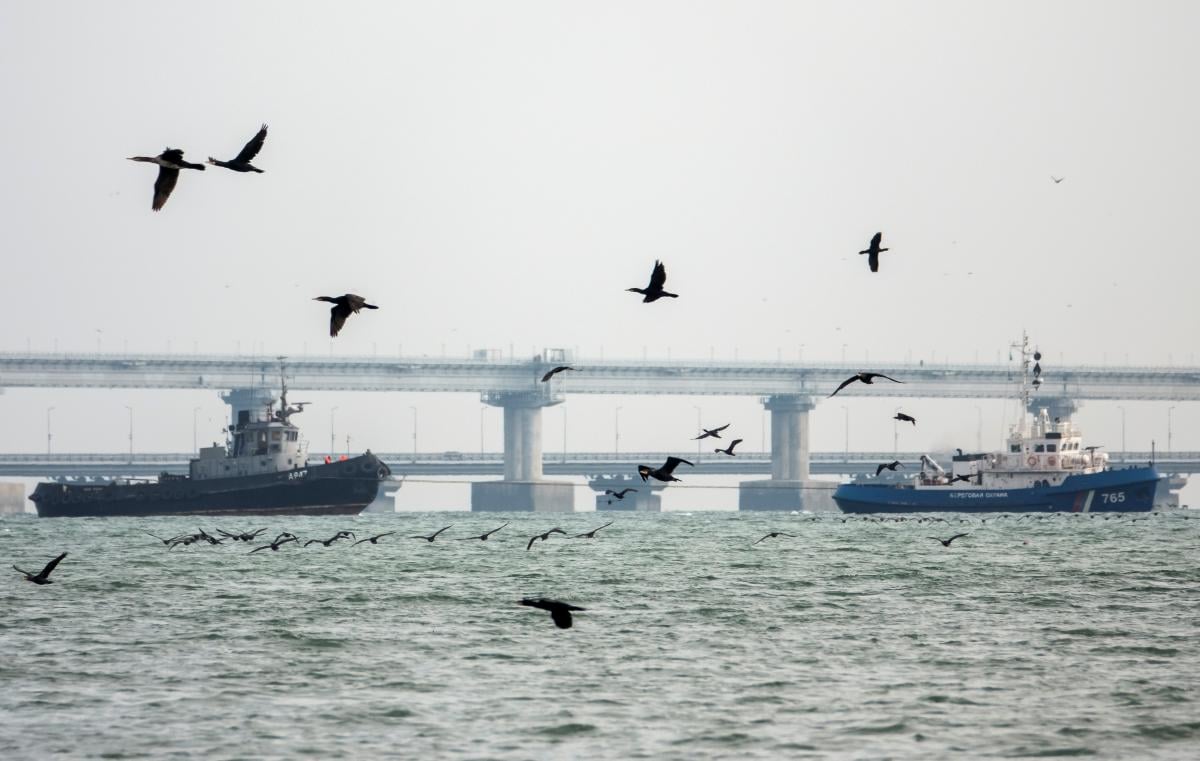 Moscow's continuing efforts to reduce the Black Sea to the status of a de facto Russian lake have forced Ukraine to seek increasingly inventive means of pushing back. Recently, some Ukrainian commentators have begun calling for a Timor Sea-type resolution for the territorial delimitation of the Black Sea that would involve Georgia and other littoral states as well as the Russian Federation.

Additionally, some have called on Kyiv to come out strongly in favor of the position, floated by the Turkish government, that a new canal bypassing central Istanbul would not fall under the terms of the 1936 Montreux Convention, effectively annulling that nearly century-old accord, reads an article on the Jamestown Foundation website.

These exchanges have so far remained mostly at the level of expert commentaries rather than official declarations. Yet, they provide a window into the thinking in Kyiv, where officials are clearly hopeful that they can invoke international law against the Russians. The act of publicly raising these "lawfare" ideas sets the stage for Ukraine to also advance its position on the future status of Russian-occupied Crimea. Indeed, a revision of Montreux cannot help but provide Ukraine with new possibilities to enlist Western support.

Bohdan Ustimenko, a leading Ukrainian specialist on the legal issues surrounding the Black Sea, recently argued that Ukraine, in order to secure a delimitation of the Black Sea, must insist on international backing for "forcible conciliation" in defining that body; and to this end, it must involve Tbilisi, which also has an interest in defining the sea border. The first use of the international legal mechanisms Ustimenko favors – which is allowed for by the United Nations Convention on the Law of the Sea (UNCLOS) treaty – was in 2016, when UN-mandated negotiations led to Australia recognizing a delimitation agreement with East Timor.

The Ukrainian expert argued that by invoking this precedent, "we will have more opportunities to show the international community what is occurring in the Black Sea and how crudely Russia is violating our rights; and at the same time, this will allow us to more effectively achieve success in international bodies because the procedure of conciliation, in fact, takes place under the aegis of the United Nations".

The initial response from Moscow was outrage at the suggestion that the UN rules applied in this case with regard to Russia. UNCLOS rules do allow for arbitration, but before they can be applied, Kira Sazonova of the Russian Academy of Economics and State Service says, there will have to be agreement on the status of Crimea because sea borders are defined relative to the ownership of the littoral areas. Given that Kyiv and Moscow have irreconcilable differences on that point, any talk of international hearings is, at a minimum, premature.

Given this division, Moscow would seem well-positioned to block any moves toward a UN tribunal on the delimitation of the Black Sea.

In contrast, Ukraine has reason to be more hopeful about Turkey's plans to possibly de facto annul the Montreux Convention as a result of its construction of a canal that does not pass through Istanbul and thus, some have argued, would not fall under the convention. The 1936 convention limits the number and tonnage of naval vessels belonging to non-littoral states in the Black Sea at any one time. Nikolai Mikhalchenko, the honorary president of the Ukrainian Academy of Political Sciences, speaks for many in Kyiv that abolishing or circumventing Montreux would be enormously beneficial to Ukraine. As such, he contends, the country should actively support Ankara, if the latter pushes to exclude the new bypass canal from Montreux's limitations.

Russia's attitudes toward Montreux are complicated. On the one hand, Moscow often argues that it is vital to the defense of the post-World War II order that the Vladimir Putin administration wants enshrined permanently. But on the other hand, the Russian government dislikes those provisions of Montreux that some in Moscow see as limiting the Kremlin's ability to project force into the Mediterranean; as such, it has considered seeking its modification.

But now, seeing Ukraine's possible moves to more closely coordinate its position on the Black Sea and the Montreux Convention with Georgia as well as Turkey, Russia's own position on Montreux is likely to harden. So for the foreseeable future, Moscow appears committed to backing the status quo rather than allowing Kyiv (or Ankara) to change anything.

If you see a spelling error on our site, select it and press Ctrl+Enter
Tags:RussiaCrimeaBlackSeadispute