Poroshenko is suspected of abuse of power in appointing first deputy intelligence chief. 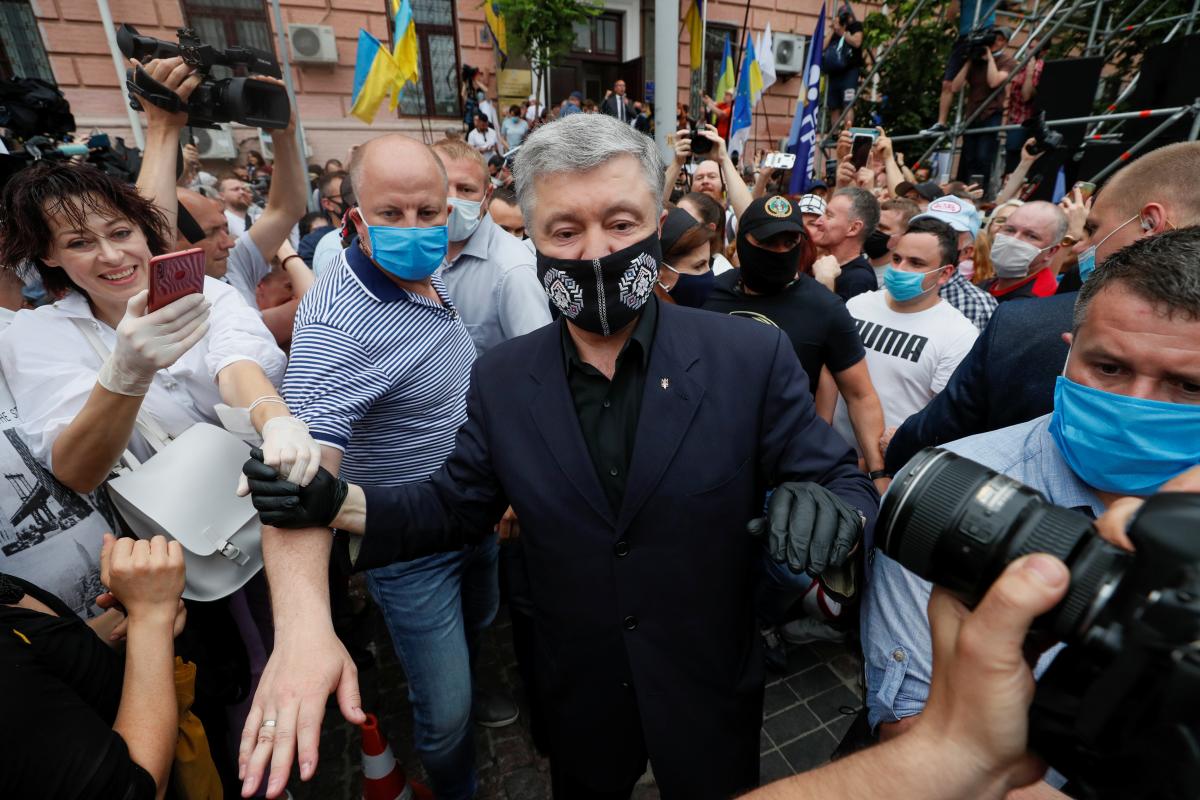 Ex-president of Ukraine and incumbent Member of Parliament Petro Poroshenko did not report for interrogation to the State Bureau of Investigation on Tuesday because he was summoned incorrectly, his lawyer Ihor Golovan told reporters outside the SBI HQ.

Golovan says Poroshenko has not received any summonses for today's interrogation, an UNIAN correspondent reported.

"Summonses for investigative actions must comply with the norms of the Code of Criminal Procedure. We don't perceive those videos and ads on fences or internet sites," Golovan emphasized.

Also, the lawyer noted that the investigative actions involving his client were scheduled for tomorrow, of which the SBI investigator informed him by phone.

However, Golovan did not specify the time the interrogation was scheduled for.

At the same time, he recalled that tomorrow the Pechersk District Court of Kyiv will sit again to consider the application for the selection of a measure of restraint for Poroshenko in the case into the appointment of Serhiy Semochko to the post of first deputy head of the Foreign Intelligence Service.

At the same time, the lawyer expressed conviction that the charges against his client were pressed in violation of due procedure.

As UNIAN reported, on June 24, a scanned copy of the summons to Poroshenko for interrogation at the SBI as a suspect for June 30, at 10:00, was published on the website of the State Bureau of Investigation.

The SBI press service clarified that Poroshenko was summoned for questioning in the case of the appointment of Serhiy Semochko to the post of first deputy chairman of the Foreign Intelligence Service. Poroshenko is suspected of issuing an illegal order that prompted the then head of the Foreign Intelligence Service, Yegor Bozhjr, to exceed his authority.