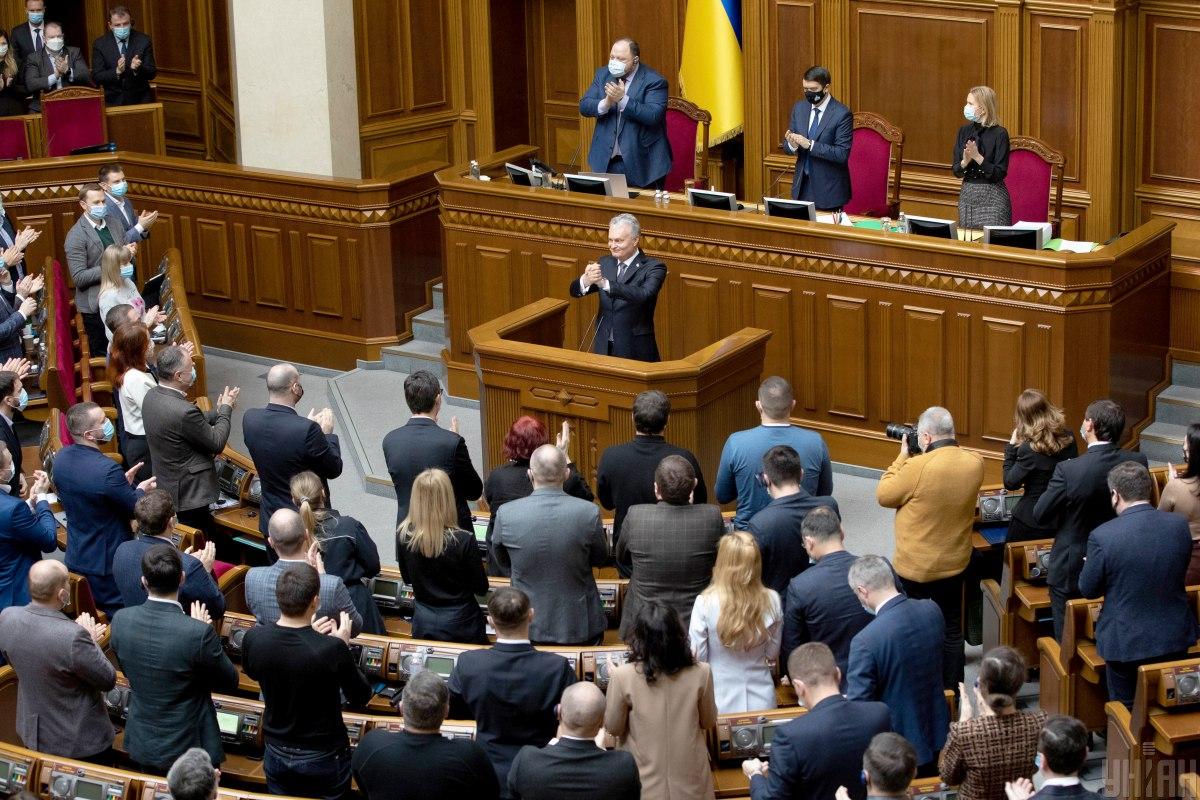 Lithuanian president in Rada: Crimea is Ukraine / Photo from UNIAN

President of the Republic of Lithuania Gitanas Nauseda during a speech in the Verkhovna Rada, Ukraine's parliament, has said Crimea is Ukraine.

"Seven years have passed since [Russia's] military aggression, which tore apart the international order and harmony in Europe. We, the Lithuanians, continue firmly saying: 'Crimea is Ukraine,'" he said in Ukrainian on Friday, on March 19, 2021.