He says he hopes it will happen this autumn. 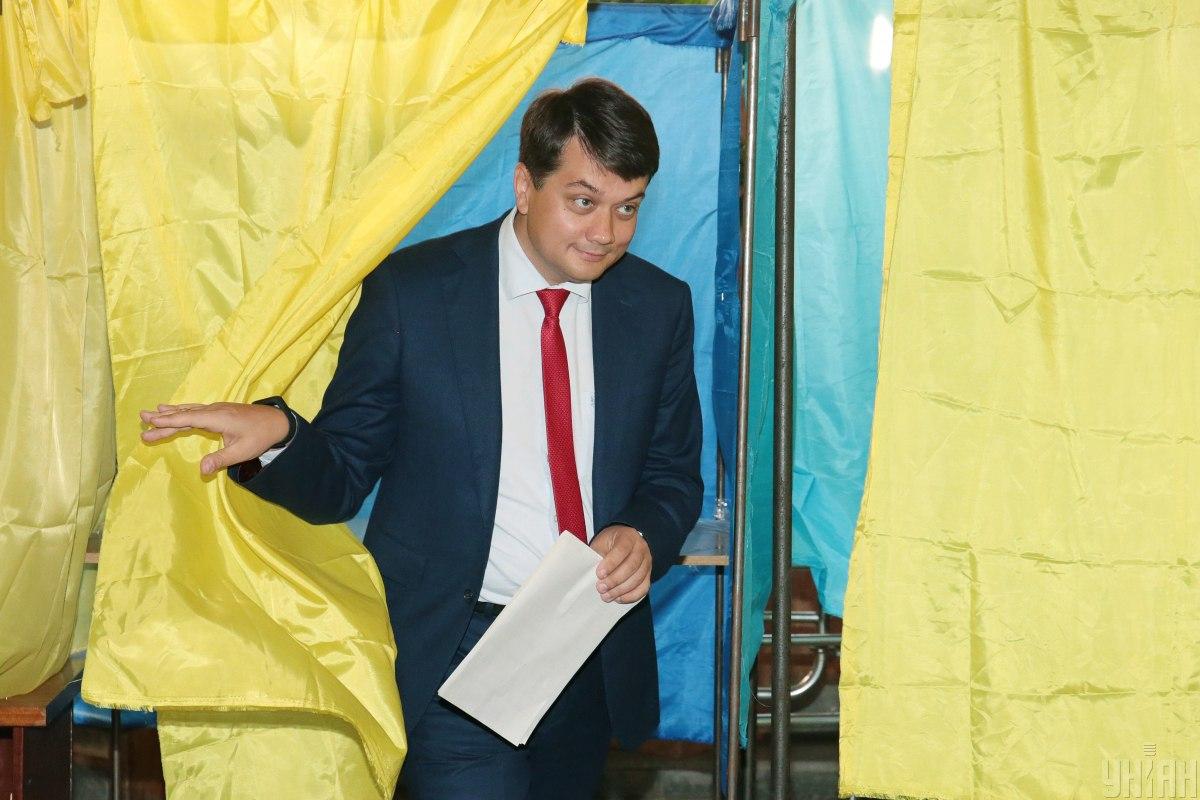 "Local election [provisions] are stipulated in the Constitution. And it's rather difficult now to change these dates, to postpone them somehow. As of today I don't see any legal mechanisms and grounds for why this should be done," he said on a Ukrainian TV channel when asked about the probability of rescheduling the local polls, according to an UNIAN correspondent.

"I'll hope we won't follow the negative scenario, we will be fine and we will be able to calmly hold elections this fall," he added.

Thus, he concluded, all branches of power, including the government and parliament, should get ready for this.

As UNIAN reported earlier, members of the Servant of the People parliamentary faction on May 19 asked Ukrainian President Volodymyr Zelensky to initiate public intra-party elections (primaries) before the election of the mayor of Kyiv and other cities.

The lawmakers proposed that professional candidates with real chances to defeat corrupt city officials in local elections this fall be nominated for mayoral positions.

On May 20, Zelensky assured that Servant of the People Party primaries would take place before the mayoral elections in Kyiv, and he would support their winner during the local elections.

On June 6, the president announced that the primaries would be held in two stages. According to him, candidates should demonstrate the program – "what are they going to do with Kyiv." At the second stage, the party will study the results of polls and choose a candidate who will have more chances to win the Kyiv mayoral vote.

On June 9, Minister of Culture and Information Policy Oleksandr Tkachenko announced that Members of Parliament Mykola Tyshchenko, Oleksandr Dubinskyi and Oleksandr Kachura would participate in the Servant of the People Party primaries for the Kyiv mayoral elections.

If you see a spelling error on our site, select it and press Ctrl+Enter
Tags:electionsParliamentmayorlocalelectionsRazumkov