The MP is being charged with high treason. 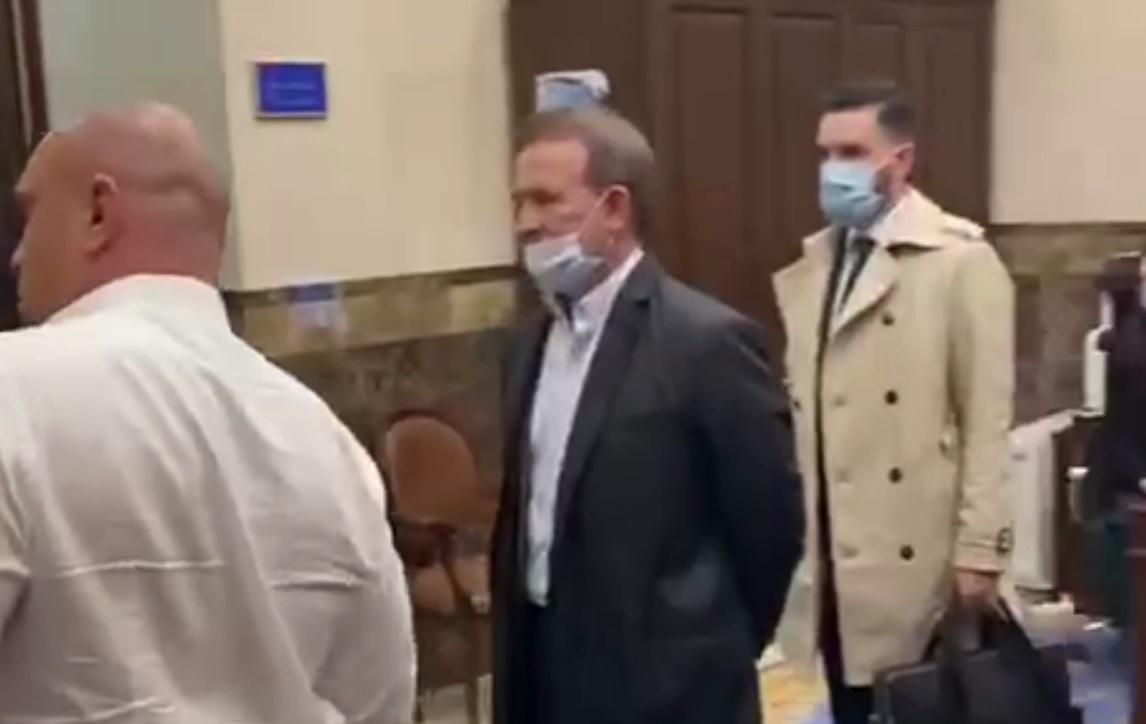 Speaking with reporters, Medvedchuk said he would not comment on his charges until he and his lawyers read the suspicion notice, adding that he sees the criminal prosecution as illegal, perceiving it as "political repression," an UNIAN correspondent reports.

"I can't comment on any deposits [of natural resources in Crimea, paperwork on which the investigation believes he handed to the Russians], especially on any information handover because I haven't read the suspicion notice yet, they never handed it to me, so I'm not ready today to talk about… whatever they are trying to hand me or what the Prosecutor General's Office is trying to do," Medvedchuk said.

He added that President Volodymyr Zelensky had allegedly threatened him with such persecution "back in 2019", and that this pressure is now being implemented by "certain law enforcement agencies."

Read alsoProsecutor General Venediktova formalizes treason charges against Putin's crony Medvedchuk, his ally KozakMedvedchuk said he was out of town on a trip to another region when law enforcers raided his home. "When we learned in the afternoon that searches were underway, we took off this morning and returned," he said.

The deputy says he has no intention to hide from the investigation.

"I'm ready to defend myself because I don't feel my guilt about anything, and I believe that today everything being done is the result of political repressions, pressure on me as the head of the political council of the party, someone who does things that today for one reason or another the authorities are not okay with," Medvedchuk said.

Regarding the suspicion of illegal transfer of the gas field to Russia, Medvedchuk claims he is not aware of the exact deposit the prosecution has been talking about, and that he has allegedly "nothing to do with this."

He was also asked if he was ready to be taken into custody.

"Of course, I’m ready. Today I know the nature of this power, the abuses of power, and I’m ready for any outcome. But I think this is unlawful, I think that it will be a gross violation of both the norms of the Constitution and the existing criminal procedural legislation, because there are no grounds for this," Medvedchuk said.

Medvedchuk has also dismissed as "absurd" the accusations of handing over to the Russian special services information on a secret military unit of Ukraine's Armed Forces.

If you see a spelling error on our site, select it and press Ctrl+Enter
Tags:PGOMedvedchukhightreason