Medvedchuk not to be released on recognizance, court says

Prosecutors request that the suspect be taken into custody until July 10. 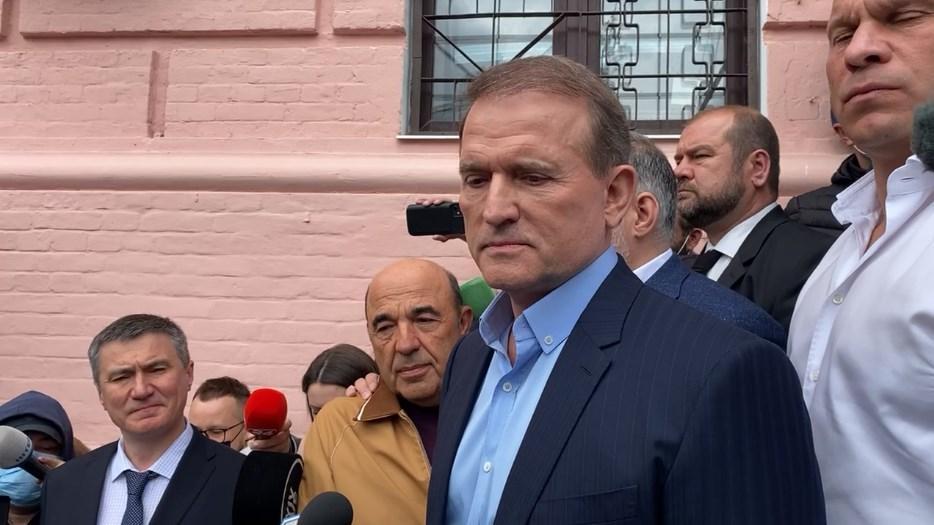 Kyiv's Pechersk District Court Judge Viacheslav Pidpaly has overruled the motion filed by Viktor Medvedchuk's defense to release their client, MP with the Opposition Platform – For Life Party, on recognizance.

Medvedchuk, who is believed to be Vladimir Putin's main political operative in Ukraine, is suspected of high treason and violation of laws and customs of war, an UNIAN correspondent reports.

Read alsoProsecutor General Venediktova formalizes treason charges against Putin's crony Medvedchuk, his ally KozakAt the same time, the prosecution requests that the court take Medvedchuk into custody for the period until July 10.

Prosecutors also suggest that the bail be set at over UAH 300 million, which is more than $10 million.