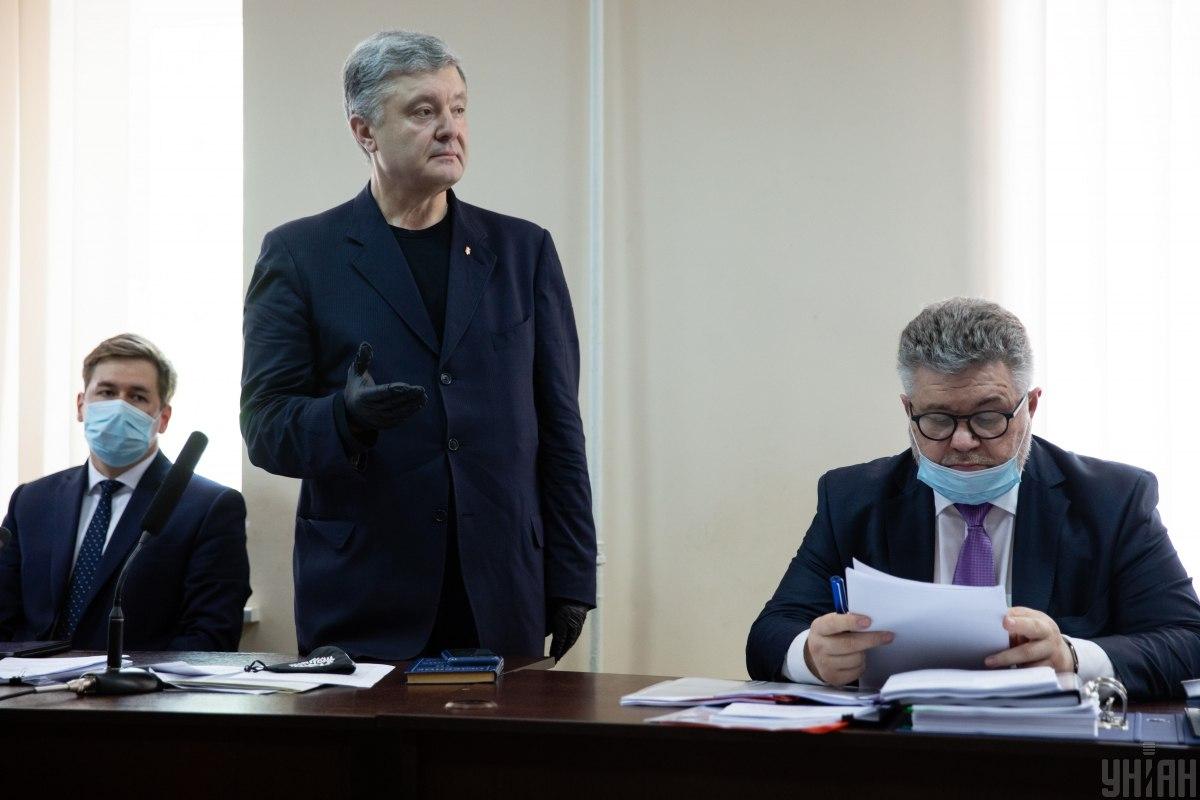 That's according to the SBU Security Service's press center.

Poroshenko was summoned as a witness in criminal proceedings against MPs from the Opposition Platform – For Life Viktor Medvedchuk and Taras Kozak who are suspected of committing criminal offenses under Part 1 of Article 111, Part 3 of Article 15, and Part 1 of Article 438 of the Criminal Code of Ukraine.

The SBU summoned the former president for questioning for "a comprehensive, complete and impartial investigation into the circumstances of the criminal proceedings." 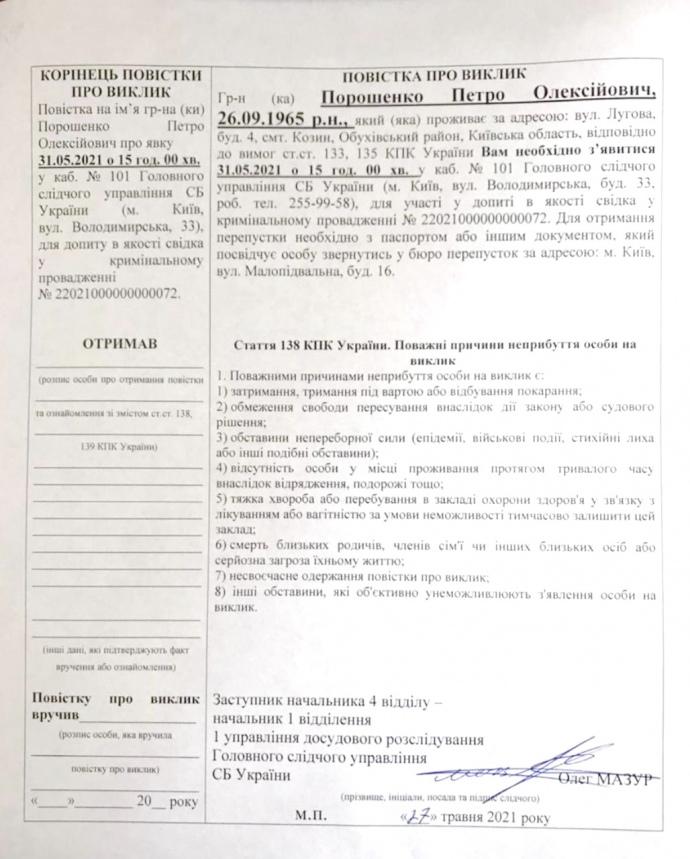 "Taking into account the fact that Ukrainian MP Petro Poroshenko did not appear for questioning, he will be summoned again. The next date is May 31, 2021," the report says.

The SBU also posted a photocopy of the summons.

Lawyer Ihor Golovan explains that Poroshenko did not appear for interrogation at the SBU over the fact that he had not been informed in the manner prescribed by law.

The SBU did not serve a summons on Poroshenko but posted it on the website, the lawyer said.

Read alsoRecordings of alleged calls by Medvedchuk being examined by SBU"Moreover, the phone number mentioned in the so-called 'Internet summons' for contacting does not respond," he said. "I've wasted a whole hour, trying to get into contact with the investigators."

Meanwhile, several photos featuring Poroshenko sitting inside a railway car were posted on his Facebook page on the morning of May 27, with the caption: "An important and long-awaited journey is ahead. Guess where we are going today?" In a comment, MP from the European Solidarity Party Sofiya Fedyna guessed that the ex-president and his wife were going to the country's east.