The Ukrainian politician is suspected of high treason. 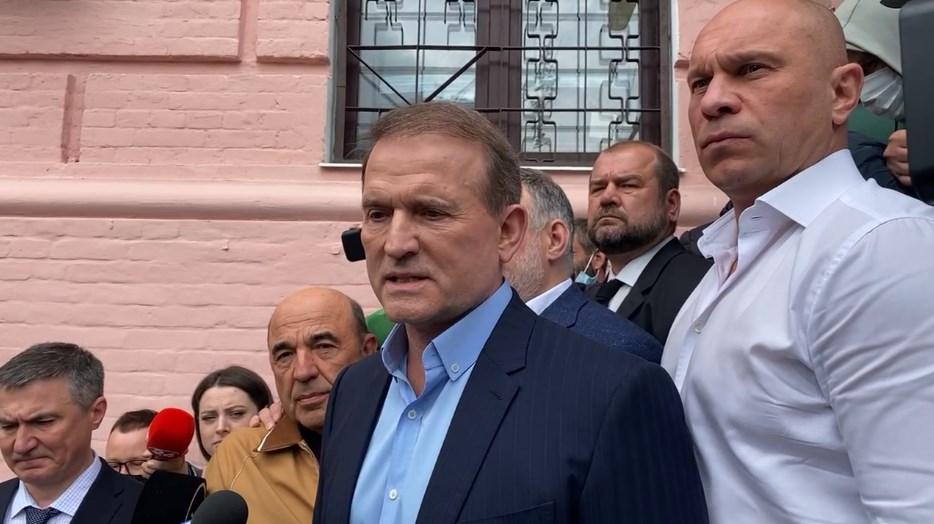 Another recording of a phone call was leaked to the media, purportedly involving Vladimir Putin's main political operative in Ukraine, Viktor Medvedchuk, who has now been charged with high treason.

In a 2015 phone call, Medvedchuk allegedly spoke with the then-chief of the Russian Presidential Protocol, Vladimir Ostrovenko, who currently serves as deputy head of Russia's Presidential Administration, Obozrevatel reports.

The Ukrainian politician asks Ostrovenko to tell the "boss" that he had "handed over everything that had been agreed upon:"

Medvedchuk: Hello. Hey, Volodya. How are you?

Medvedchuk: Volodya, thanks, so everything was fine there yesterday, right?

Medvedchuk: Look, tell the boss, please. I was there today, in the afternoon, and I reported on everything, everything that we had agreed upon. Tell [him] that I conveyed absolutely all the information, will you?

Medvedchuk: So there's one more thing. He says that with regard to these sanctions, right, [if] there are any questions there, either on legal or physical [entities], you can tell me (giggles). Well, you know what I;m saying, right?

Ostrovenko: Yes, I got you.

Medvedchuk: That's it then.

Ostrovenko: Yeah. Cause they thought no one was doing anything. Well, I got you. All right.

Medvedchuk: No, no, no. Well, you know what I'm saying (laughs). Well, I do have to report! (laughs)

Medvedchuk: Cause when they start looking into this, they may say: How come, I told them! The reaction is secondary. The main thing is that this must be reported. Right?

Ostrovenko: As always, as always. I understand. Yes, good (laughs).

Medvedchuk: Yes, good, alright, Volodya. Call me if you need me. I'm available.