The latest bit concerns negotiations between Russian proxies and the SBU security agency, as well as cash deliveries to the strategic railway hub of Debaltseve in the warzone. 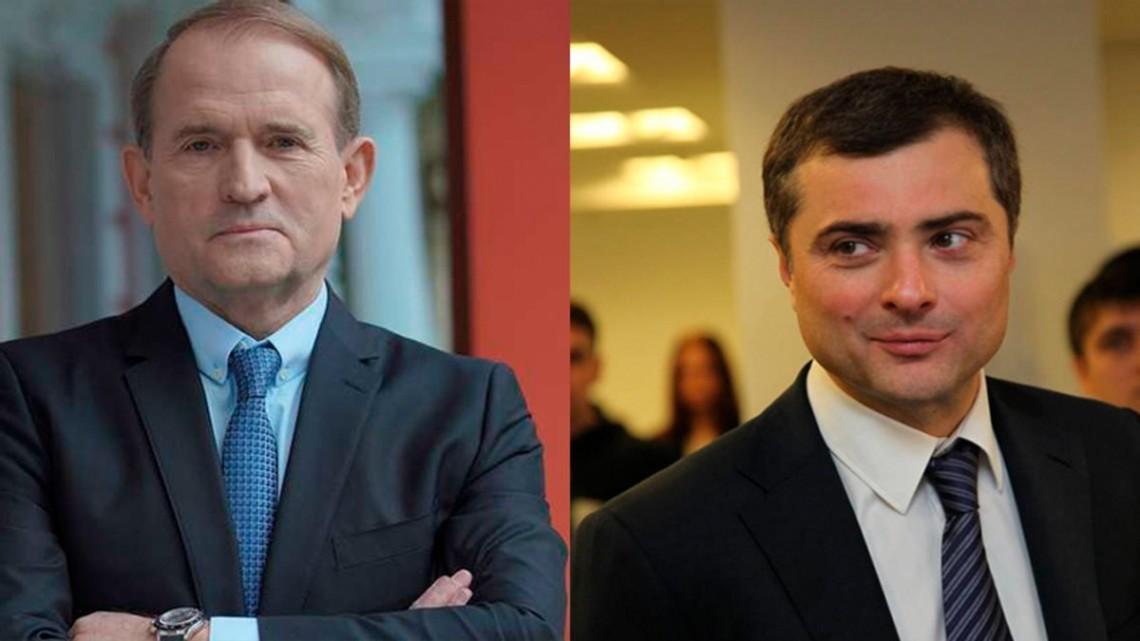 A new audio recording of a purported conversation between Vladimir Putin's ally in Ukraine Viktor Medvedchuk and Vladislav Surkov, former aide to the Russian president, has been leaked.

The talks cover the railway hub of Debaltseve in Donbas, as well as the negotiations between Russian proxy forces and the SBU security service of Ukraine, OBOZREVATEL reports.

Read alsoMedvedchuk, Surkov talk power supplies to occupied Crimea, prisoner swap – leaked call from 2014In total, the file contains three episodes, while the dates have not been specified.

Thus, the participants in the conversation discuss ties with the "DPR" terrorist "minister of defense" Kononov (call sign "Tsar"), possible corruption schemes in the occupied territories (cash deliveries to Debaltseve), as well as the founding of a "Council of Cities".

It is noted that Surkov allegedly voiced to Medvedchuk his vision of the Minsk agreements and the special status for Donbas. His interlocutor, proceeding from the interaction, took an active part in drafting the scenario Moscow was preparing for Donbas.

It is noteworthy that the parties are discussing contacts between Kononov and a man who goes by the name of "Sergei Sergeevich". Medvedchuk purportedly explains that "Sergei Sergeevich" is in fact First Deputy Chairman of the SBU, Vasyl Hrytsak.

"There is a request, Slava. Sergei Sergeevich reached out to 'Tsar', right? He's not Sergei Sergeevich though, he's ... He's Hrytsak, the first deputy chairman of the SBU. And he goes: 'Do you know who you're talking to?' He says: 'Let's meet on neutral territory, discuss the railway hub, Debaltseve, and the delivery... And that guy went: 'Come on, who do you think you're talking to?' Perhaps he needs to take a hint somehow that that man isn't some low-profile official, he's Colonel General, by the way," says the man on the recording whose voice resembles that of Medvedchuk.

Read alsoSBU confirms interrogation of Medvedchuk in Surkov tapes caseIn response, Surkov promises to try to do something about it.

In April, Ukrainian media published what they claimed was a leaked recording of a conversation that took place in 2014 between Medvedchuk and Surkov, where they discussed power supplies to the occupied Crimea and prisoner exchange in Donbas.

The conversation concerns the supply scheme where the Russian Inter RAO and its bodies on the occupied peninsula are involved.

The SBU has questioned Viktor Medvedchuk over the first part of leaked tapes.

Speaking about prisoner swap, Medvedchuk purportedly tells Surkov it was the then-president, Petro Poroshenko, who invited him to engage in the release of prisoners.

Viktor Medvedchuk has been targeted in a package of sanctions, imposed by the National Security and Defense Council of Ukraine.