The Ukrainian side reaffirmed its commitment to ultimate coordination with partners – Germany and France – on the peaceful settlement in Donbas. 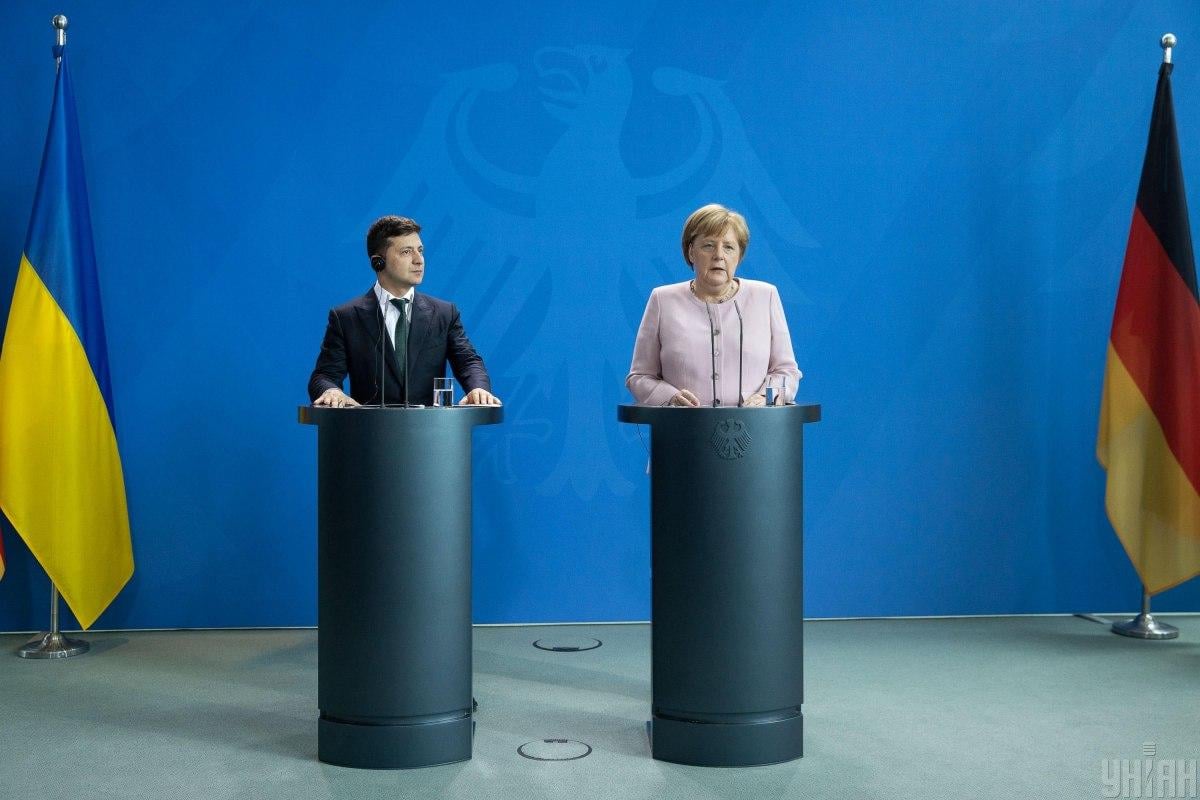 Ukrainian President Volodymyr Zelensky during his phone conversation with Chancellor of Germany Angela Merkel on Friday, June 5, discussed the restoration of peace in Donbas and, in particular, the results of the working visit of the Ukrainian delegation to Germany on June 2.

The leaders noted the "high level of mutual understanding" on key approaches to a peaceful settlement, emphasizing "the lack of alternatives to the diplomatic path", the Ukrainian president's office reported.

"It was a very meaningful visit that will give impetus to the Normandy format," Volodymyr Zelensky said.

The interlocutors emphasized the need for consistent and strict implementation by the parties involved of all agreements reached during the Normandy Four Paris Summit in December 2019.

"We are open, we are ready to move forward. It's extremely important to guarantee the International Committee of the Red Cross access to the occupied territories for the verification of detainees. The OSCE SMM's access to monitoring is also important. We want to agree on new disengagement areas. Effective implementation of the agreements reached last year in Paris should pave the way to the next summit in Berlin," the Ukrainian president said.

The Ukrainian side reaffirmed its commitment to ultimate coordination of efforts with partners on the peaceful settlement in Donbas – that's with Germany and France.

"Chancellor Angela Merkel stated her support for the changes in the work of the Trilateral Contact Group initiated by Ukraine," the report reads.

The president of Ukraine informed the German chancellor of the current security situation in Donbas, emphasizing the problems that require increased attention on the part of international partners.

A number of issues on the Ukrainian-German bilateral agenda were also discussed, including cooperation between the countries in the field of countering the COVID-19 pandemic, as well as financial and economic relations.

The president of Ukraine thanked Angela Merkel for the clear and consistent position of Germany on the impossibility of changing the G7 format until Ukraine's territorial integrity is fully restored.