The relevant decree was signed on June 11. 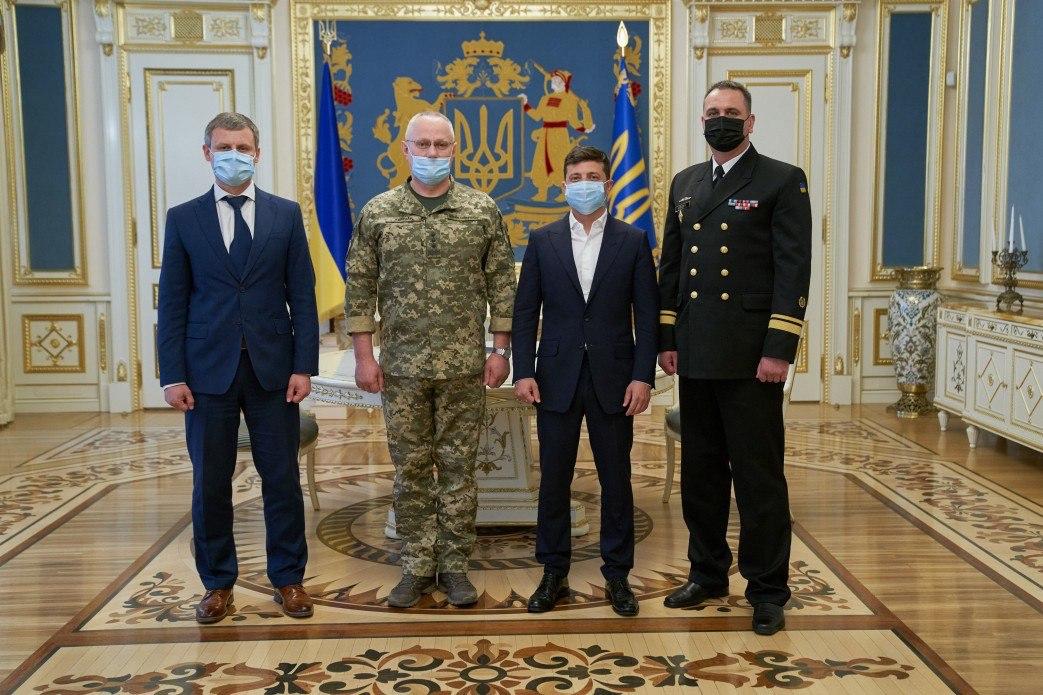 Zelensky has appointed a new Navy commander / Photo from president.gov.ua

Neizhpapa was born in the city of Sevastopol, Crimea, in 1975. He graduated from Sevastopol Naval Institute in 1997, from the same Institute (operational and tactical level) in 2008, and from Ukraine's National Defense University in 2015.

Since April 2020, Neizhpapa has been serving as deputy commander of the Ukrainian Navy. He took part in the Anti-Terrorist Operation (ATO) in Donetsk and Luhansk regions.

He received military ranks twice as a ship commander and a brigade commander. He was repeatedly in charge of Ukrainian-U.S. Sea Breeze drills as commander on behalf of Ukraine.

If you see a spelling error on our site, select it and press Ctrl+Enter
Tags:NavycommanderUkraineNavyZelenskyappointment