In Berlin, particular attention was paid to joint efforts to achieve peace in eastern Ukraine. 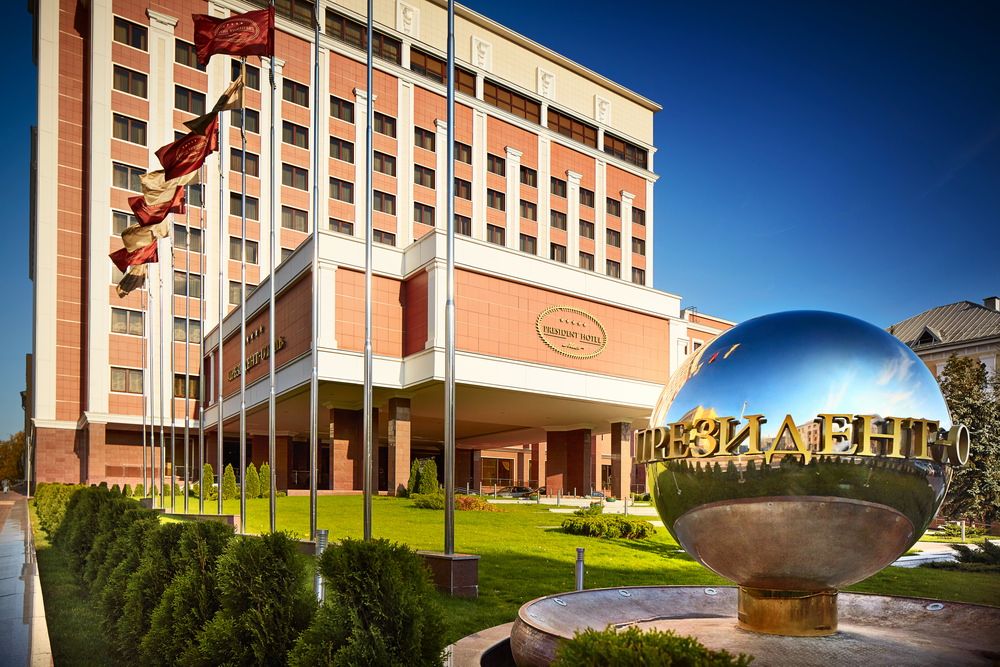 They discussed the implementation of the agreements reached at a Normandy summit  in Paris / Photo from belarushotels.by

President Volodymyr Zelensky's Chief of Staff Andriy Yermak says Ukraine is extremely unhappy with the slow pace of the Minsk talks on Donbas.

"Ukraine is categorically not satisfied with slow progress within the Minsk format. Therefore, we are doing our best to make the negotiations more efficient," he said at a meeting with his German counterparts in Berlin on June 2, according to the presidential press service.

In Berlin, particular attention was paid to joint efforts to achieve peace in eastern Ukraine.

Yermak briefed German Foreign Minister Heiko Maas on details of the negotiations within the framework of the Trilateral Contact Group (TCG) in Minsk. He also announced a reshuffle and raising of Ukrainian delegates' status in the TCG.

"We have not only proposed video conferencing 24/7. President of Ukraine Volodymyr Zelensky has significantly expanded the Ukrainian delegation in the Minsk [Trilateral Contact] Group and raised the status of its members," Yermak said.

During the negotiations, the parties discussed the implementation of the agreements reached at a recent Normandy summit in Paris in December 2019.

The Ukrainian side thanked the German counterparts for support within the Normandy format as well as for backing reforms, it said.

The representatives of Ukraine and Germany discussed, among other things, issues of bilateral cooperation and exchanged experience in countering the coronavirus pandemic.

As UNIAN reported, Zelensky on May 5 approved the composition of Ukraine's delegation to the TCG on Donbas. It is led by ex-president Leonid Kuchma. Deputy Prime Minister for Reintegration of Temporarily Occupied Territories Oleksiy Reznikov is his first deputy and Deputy Chairman of the Verkhovna Rada Committee on Foreign Policy and Inter-Parliamentary Cooperation Oleksandr Merezhko is his deputy.

Chairman of the Verkhovna Rada's Committee for Legal Affairs Andriy Kostin was appointed as Ukraine's envoy to the working subgroup on political issues.

Halyna Tretyakova, the chairperson of the Verkhovna Rada Committee on Social Policy and Protection of Veterans' Rights, defends Ukraine's interests in the working subgroup on humanitarian issues.