Zelensky wants to sign Plan B with EU, U.S. on military security guarantees

This plan will not be an alternative to the Normandy format. 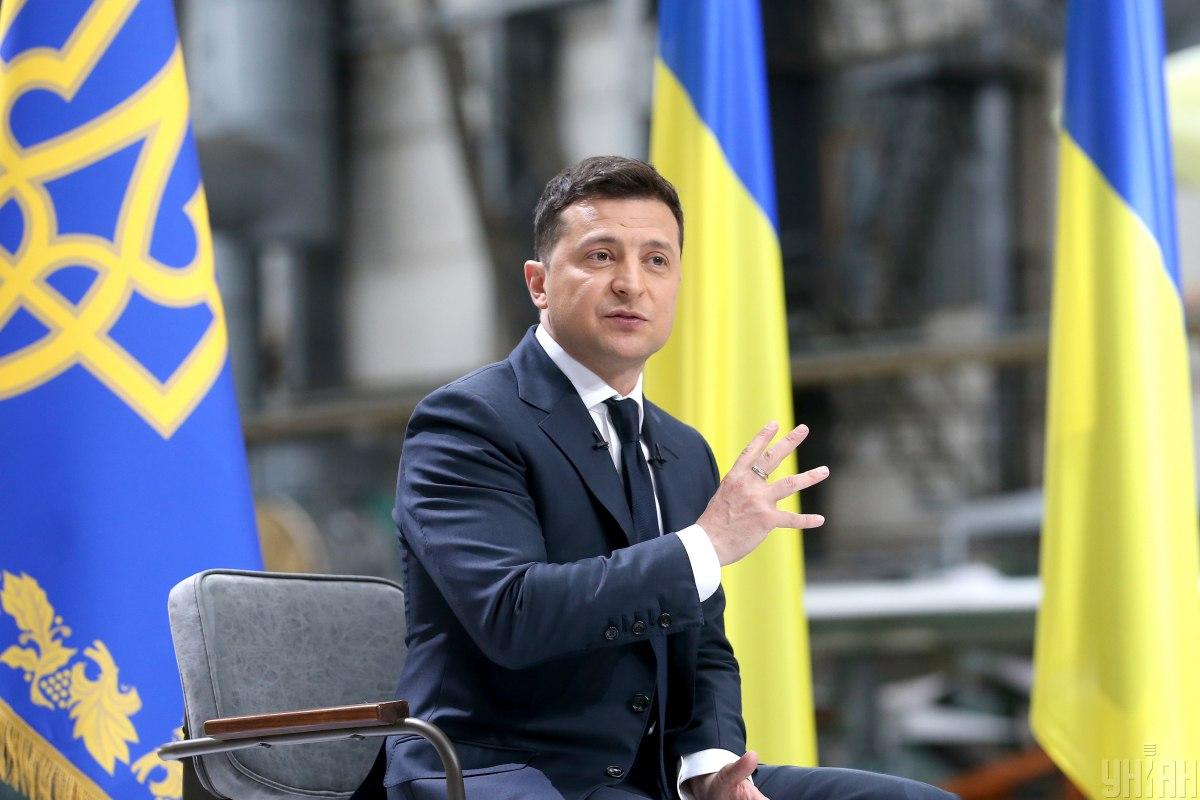 Zelensky wants a Plan B before Ukraine joins NATO / Photo from UNIAN, by Viacheslav Ratynsky

Ukrainian President Volodymyr Zelensky wants to sign a Plan B with the United States and the European Union, which would provide military security guarantees before the country's accession to NATO and would cover the issue of both restoring territorial integrity and ensuring the country's energy security.

He said about this in an interview for the German newspaper Frankfurter Allgemeine Zeitung, according to the president's press service.

Read alsoZelensky: Russian escalation possible at any moment up to late September

"Ukraine can have a plan B, when Ukraine gets its full territorial integrity, gets its territories, it will be enshrined not in some conditional document like the Budapest Memorandum, which may be violated. There will be serious players – the European Union, the United States, which consolidate Ukraine's status in the security situation. This may indeed be the way out of the current collapse of Europe. We have an understanding of such a plan, and frankly, I was going to talk about such a plan with President Biden as it is already outside the Normandy format," he said.

Zelensky stressed this plan is needed before Ukraine joins NATO since it states that "today we stop the war, today we guarantee security to Ukraine, today we solve the issue of energy security in addition to territorial integrity."

"If we do it today, it is a quick alternative. It is not about geopolitics, it is about saving people, about ceasefire, about saving lives, our army. That is, it is a plan B, which is a very quick way out of the collapse everyone is in," the president said.

Zelensky says "it is a matter of dialogue with major political players."

"This could be a quick plan for Ukraine's membership in NATO or an alternative. We can talk about it, we understand European countries that are afraid of our membership in the Alliance. But we must get all the guarantees so that in the future, in two or three years, we will not find ourselves in a difficult situation again when Europe lifts sanctions against Russia. And this is what some Europeans want to do," he said.

The president clarified this plan should include "guarantees of a military nature, energy security and everything else."

In addition, Zelensky said this plan would not become an alternative to the Normandy format since it would be a "more global format."