Zelensky's chief of staff: Next meeting of advisers to expedite new Normandy summit

Yermak met with G7 ambassadors to brief them on the course of peace talks on Donbas. 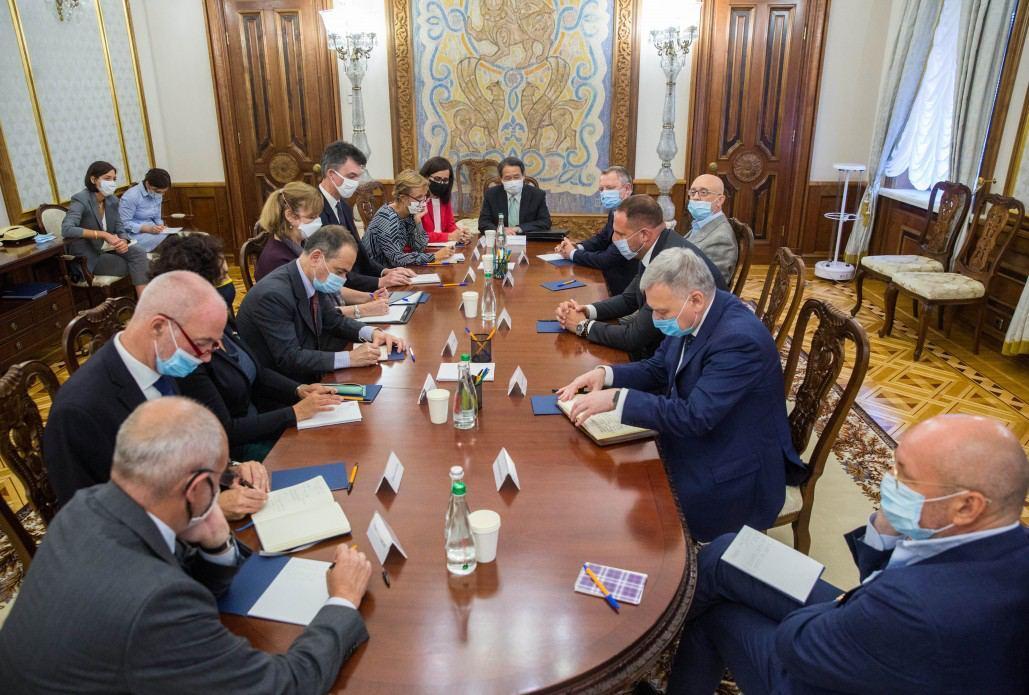 Yermak meets with G7 Ambassadors / Photo by the President's Office

Ukrainian President Volodymyr Zelensky's chief of staff Andriy Yermak says the next meeting of advisers to the presidents of Ukraine, France, Germany, and Russia "will allow to bring the summit of the leaders of the Normandy Four closer."

This was announced at a meeting between Yermak and G7 ambassadors during which he briefed his counterparts on the outcome of the advisers' recent talks in Berlin, the presidential press service said.

In particular, Yermak gave the ambassadors details about Ukraine's stance at the talks, outlining the course of the negotiation process. He said the parties had agreed that the advisers would meet in the near future, which, in Yermak's opinion, will help expedite the next Normandy summit.

Ukraine offers a clear-cut plan of action to achieve peace, it suggests specific dates for the implementation of all agreements that were reached during the latest meeting of the Normandy Four leaders in Paris.

"We are extremely grateful for your support and want to convey to you the position of Ukraine and the algorithm by which we are moving towards a peaceful settlement of the military conflict in Donbas as transparently and thoroughly as possible," Yermak told the G7 ambassadors.

First of all, he noted that every achievement, in particular the recent ceasefire, which lasted almost six weeks, was made possible thanks to the support of the G7 countries.

To inform Ukrainians about the details of the peace talks and the implementation of this plan, communication will be strengthened, participants in meetings at the level of advisors and Trilateral Contact Group (TCG) will carry out explanatory work "to inform about what is happening and what should be done by everyone to achieve peace as soon as possible," Yermak said.

"We understand that communication, in particular with the media, is necessary and important," he said.