Medvedchuk is Vladimir Putin's major political operative in Ukraine whom the government recently sanctioned along with his wife, a number of allies and affiliated entities. 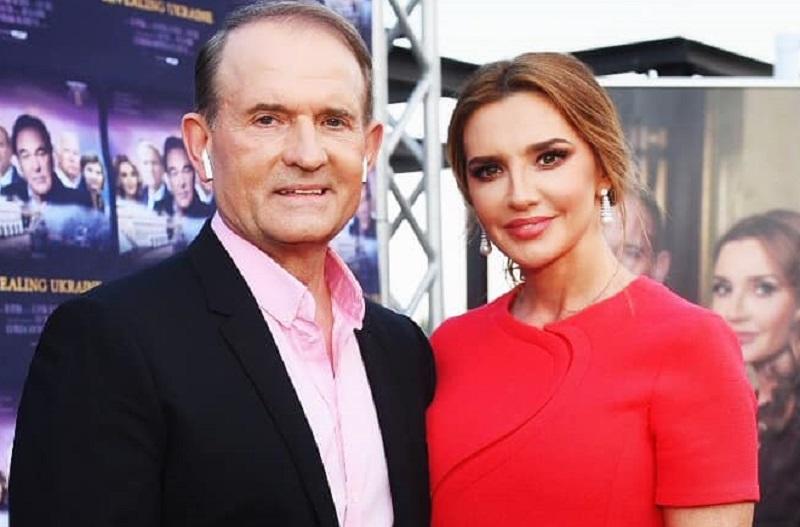 Russian tanks in the temporarily occupied territories of Donetsk and Luhansk oblasts get their diesel fuel from a refinery owned by Oksana Marchenko, wife of Viktor Medvedchuk, a People's Deputy representing the pro-Russian force OPZZh, said a senior security official.

Speaking with Radio NV, Secretary of the National Security and Defense Council Oleksiy Danilov said Marchenko and her husband, Putin's ally Viktor Medvedchuk, own a refinery in Russia, 14 kilometers from the section of the Ukrainian-Russian border currently occupied by the aggressor Russia.

When asked by a journalist why there no criminal charges have been pressed following the NSDC move to hit Medvedchuk and his allies with sanctions for financing terrorism, Danilov said he believes the NSDC has fulfilled its mission in this regard.

Read alsoZelensky enacts NSDC decision on sanctions against Russian officials, media"According to our information, diesel fuel produced by this refinery now refuels Russian tanks deployed in the occupied territories of Donetsk and Luhansk regions. What are we supposed to do? We've done our job [by imposing sanctions]," Danilov said.

"Of course, I really wanted things to be done fast, but, unfortunately, for 30 years we've been living in a country where a lot is said, a lot is promised all the time, especially by politicians when they enter the next political season," he added.

Danilov noted that there are a lot of politicians in Ukraine who "on the one hand, are allegedly statesmen, and on the other, they say: "Let's come to terms with Russia."

"There are a lot of them, and they must be always put in place. Why? Because this is a very, very dangerous path for our country. We may cease to exist if we continue to flirt with Russia. That's because the main task of the Russian Federation and Mr. Putin is to destroy us as a state," Danilov said.